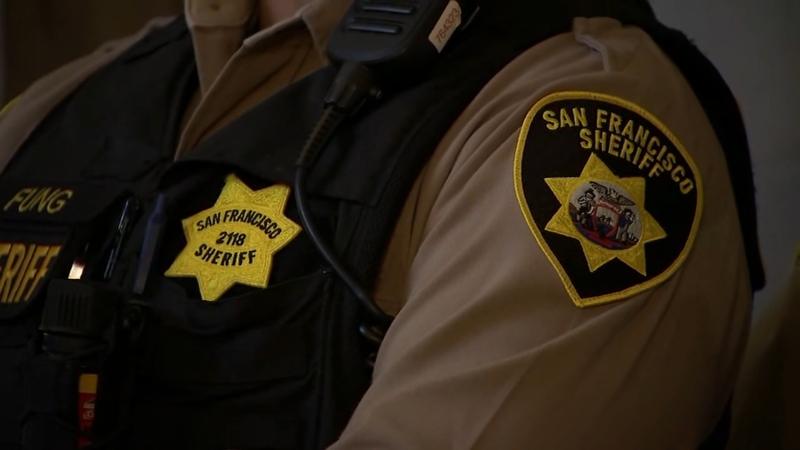 RELATED: Woman charged with stealing $40,000 in items from SF Target arrested again after another theft

Wednesday afternoon, San Francisco Mayor London Breed signed Supervisor Safai's 10A legislation which will allow for those independently contracted deputies.
"We need help and that's what law enforcement partners do we help one another," said Mayor Breed.

In order to have a single point of contact, Supervisor Safai says the requests will continue to go through SFPD. What officers can't fill, they'll pass along.

"They will begin immediately putting together their administrative plans so they can get sheriffs on the street, so I'm hoping before the end of the year," said Supervisor Safai.

"We are stronger together than we are apart and this is a time we have to pull together in our city," said San Francisco Police Chief William Scott.
The San Francisco Board of Supervisors passed 10A with an 8 to 3 vote.

"I think it's a big step and it's a concrete step and a historic step for San Francisco." said Supervisor Safai.

The assignments will be voluntary, overtime work and Supervisor Safai says will not impact the day-to-day law enforcement services of the city. Businesses will pay for the contracted deputies.

"Hopefully our businesses, our community will feel just as safe as we probably do now because of all the deputies standing around us," said San Francisco Sheriff Paul Miyamoto.

Meantime Wednesday the San Francisco District Attorney's Office announced it will expand victim services to include two property crime advocates. The advocates will support victims of residential burglaries and businesses that have experienced vandalism.