Nice confirmed she wrote to Peterson asking him "why men cheat," telling him of a boyfriend she'd had who had cheated on her.
KGO
By Zach Fuentes 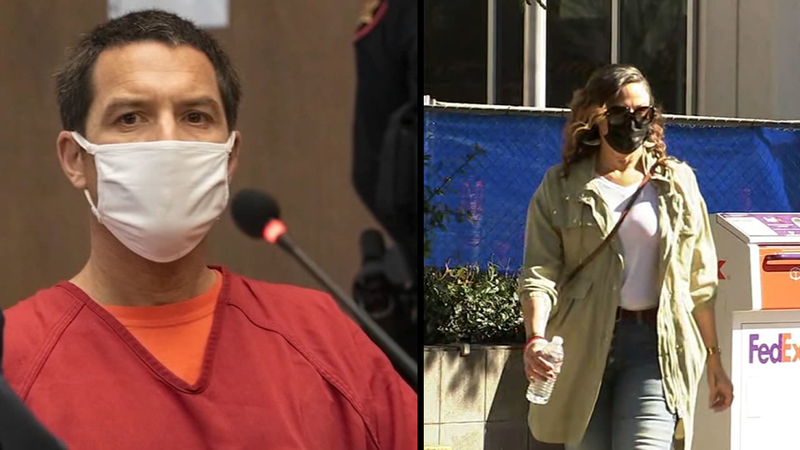 REDWOOD CITY, Calif. (KGO) -- The hearing continued Monday to decide whether convicted murderer, Scott Peterson will get a new trial.

It's being held in Redwood City in a San Mateo County courtroom.

A juror in the trial, Richelle Nice, continues to be at the center of Peterson's appeal.

Nice has been granted immunity from perjury, so she won't get in trouble if she lied on her jury questionnaire, but Scott Peterson could get a new trial if his attorneys prove she did.

Monday's hearing saw a continuation of her testimony from Friday.

Things turned emotional in court when Richelle Nice, started crying when asked about letters she wrote Peterson after the 2004 trial.

One day after convicted murderer Scott Peterson was resentenced for killing his pregnant wife Laci, his family is still split on his innocence.

Nice confirmed that she did write Peterson asking him "why men cheat," telling Peterson of a boyfriend she'd had who had cheated on her.

Peterson's attorneys are trying to prove that Nice lied on her jury questionnaire, accusing her of being biased against Peterson, who had had an extramarital affair.

The portion of the questionnaire that's at the center of the hearing was one asking Nice if she had been the victim of a crime or involved in a lawsuit.

She said no, but in 2000 and 2001 she was involved in a domestic dispute with her then-boyfriend and another dispute with his ex-girlfriend.

She sought a restraining order saying at the time that she "feared for her unborn child."

Nice says that it was she who hit her boyfriend, he did not hit her. She says she later dropped the charges against his ex-girlfriend.

Nice said that she did not feel that she was a victim in either of those disputes and that's why she didn't disclose it during the jury selection process.

Monday was the first day that prosecuting attorneys got to cross-examine Nice.

They asked her if she had any bias against Scott Peterson before the trial and during the jury selection process, she said no.

Nice was excused for the day, Monday, but subject for recall in case the court needs her back for more questioning.

The hearing will continue throughout the week. The judge will have up to 90 days after the hearing to announce her ruling, which can be appealed by either side.