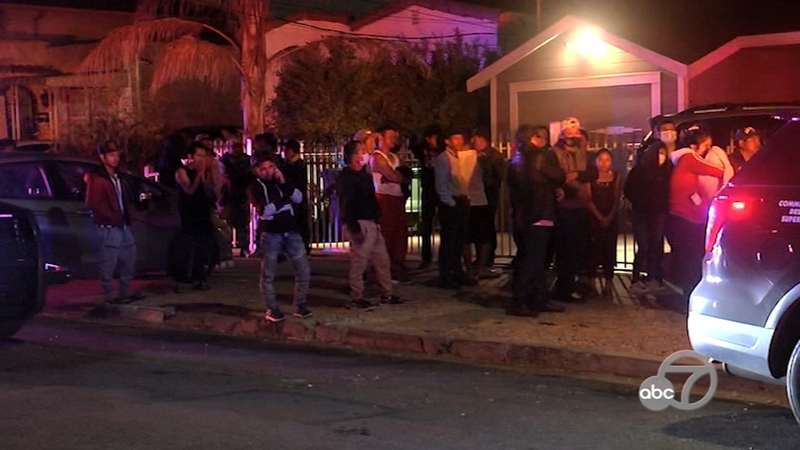 That shooting left three people dead and sent five others to the hospital.

Tuesday, investigators announced the arrest of 27-year-old Enrique Ramirez-Calmo of Oakland and an 18-year-old suspect whose name is not being released.

The name of the 18-year-old is not being released at this time, due to him being underage at the time of the crime.

The Contra Costa County District Attorney's Office has charged both suspects with three counts of murder and five counts of attempted murder.

Richmond police now say they are looking for at least two suspects in a shooting rampage that killed three people and injured five others last night outside a house party.