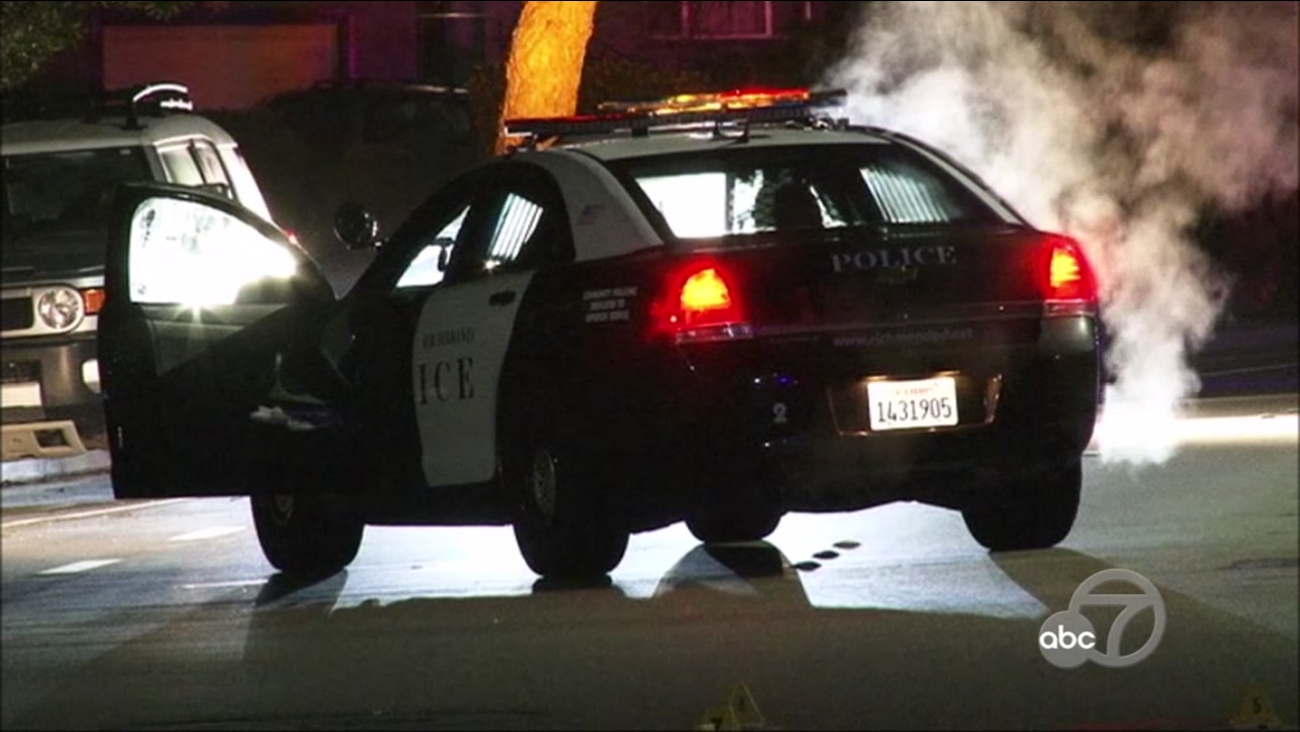 RICHMOND, Calif. -- Richmond police this morning are looking for an auto burglary suspect who tried to run down an officer with a car, prompting the officer to fire multiple rounds in self-defense, according to a police spokesman.

At about 1:10 a.m., officers responded to a call about a man breaking into a truck on Sutter Avenue, police spokesman Lt. Felix Tan said. When the first officer arrived at the scene, the suspect took off running and the officer gave chase but lost sight of him on Carlson Boulevard, Tan said. A second officer arrived a short time later and began looking for the suspect on foot.

"Then all of a sudden this silver Mercedes darts out at the officer with no headlights on and trying to run him over," Tan said. "The second officer then, feeling that he was going to be run over and killed, he shoots at the driver in hopes of stopping the car."

Police do not yet know if the shots hit the driver, but the car likely has several bullet holes in it, Tan said. The suspect continued driving north on Carlson Boulevard and is still at large.