So why does Gil Patchett do this? He says, "I would like to save the earth and I would like everybody to think that way."

A 94-year-old Richmond resident worked for 24 years to build a better Bay Area and his tool of choice is something tiny and beautiful: wildflowers.

RICHMOND, Calif. (KGO) -- A 94-year-old Richmond resident has worked for more than two decades to build a better Bay Area, but his tool of choice is something tiny and beautiful: wildflowers.

"I bought a 10-cent packet of wildflower seeds for heaven sakes and that's how I really started," recalled Gil Patchett.

Patchett was born in the Central Valley in 1928, moved to the Bay Area as a kid, and moved to Richmond from El Cerrito in the 1950s to work for the Stauffer Chemical company.

But it wasn't until nearly 40 years later, in 1998, that he decided to launch a project, all by himself on an empty plot of dead grass off Dimm Street near his Richmond home.

Patchett recalls hearing that an El Nino winter was coming and would bring plenty of rain and ideal growing conditions.

"I got rid of the weeds as best I could and planted seeds," he said. "These are wildflowers. They plant themselves!"

Shortly later, flowers started blooming and the rest is history.

For the last 24 years, Patchett has volunteered his time to grow and maintain the Barrett Street Garden and the Ohlone Greenway.

"I was like a kid in a sandbox," he said. "It was my private island. I paid no taxes and no rent and the city gave me water."

Patchett said his original gardening inspiration came during World War II when he and his family grew a victory garden.

"When I discovered wildflowers they live, they die, they return to the earth. And I don't need any storage space like the material world," said Patchett.

The Richmond resident doesn't just grow flowers, he also grows tomatoes and squash that he delivers to neighbors, who are starting to take on some of the workload for the 94-year-old.

"He's one of a kind," said neighbor Winston Hackett. "He's a good guy. And what he does for the neighborhood and everything he grows here is just great."

He grew up across the street from the Barrett Street Garden and would play in the empty field as a child, before Patchett planted the flowers.

"This is a major street," Gioia said. "People pass by here and see this wonderful wildflower garden and they often see Gil out here working at all hours of the day."

Later in 1987, Gioia's father had a heart attack and died on the same plot of land while walking his dog.

But thanks to Patchett's wildflowers, the spot doesn't remind Gioia of that sad moment.

"It's an uplifting good story," said Gioia. "It just shows the power that one person can have in making their community a better place."

So why does Patchett do this? He says he was just born as a do-gooder.

"I would like to save the earth and I would like everybody to think that way," said Patchett. 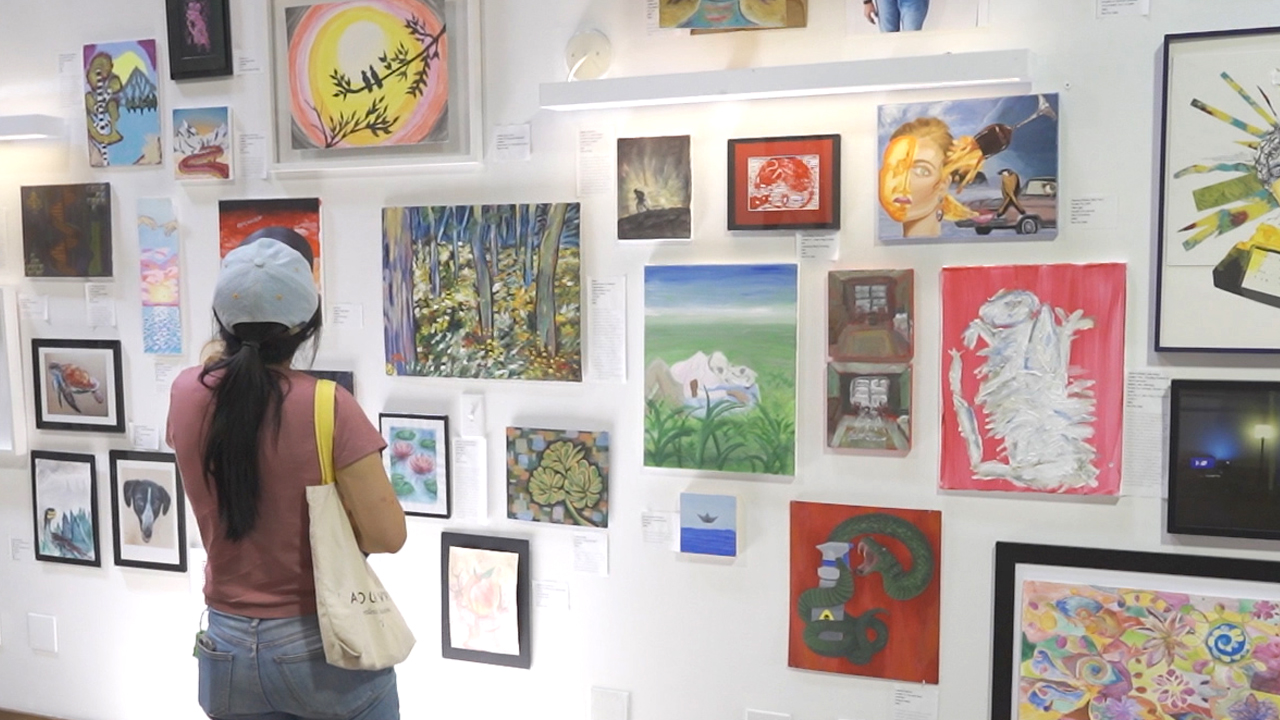 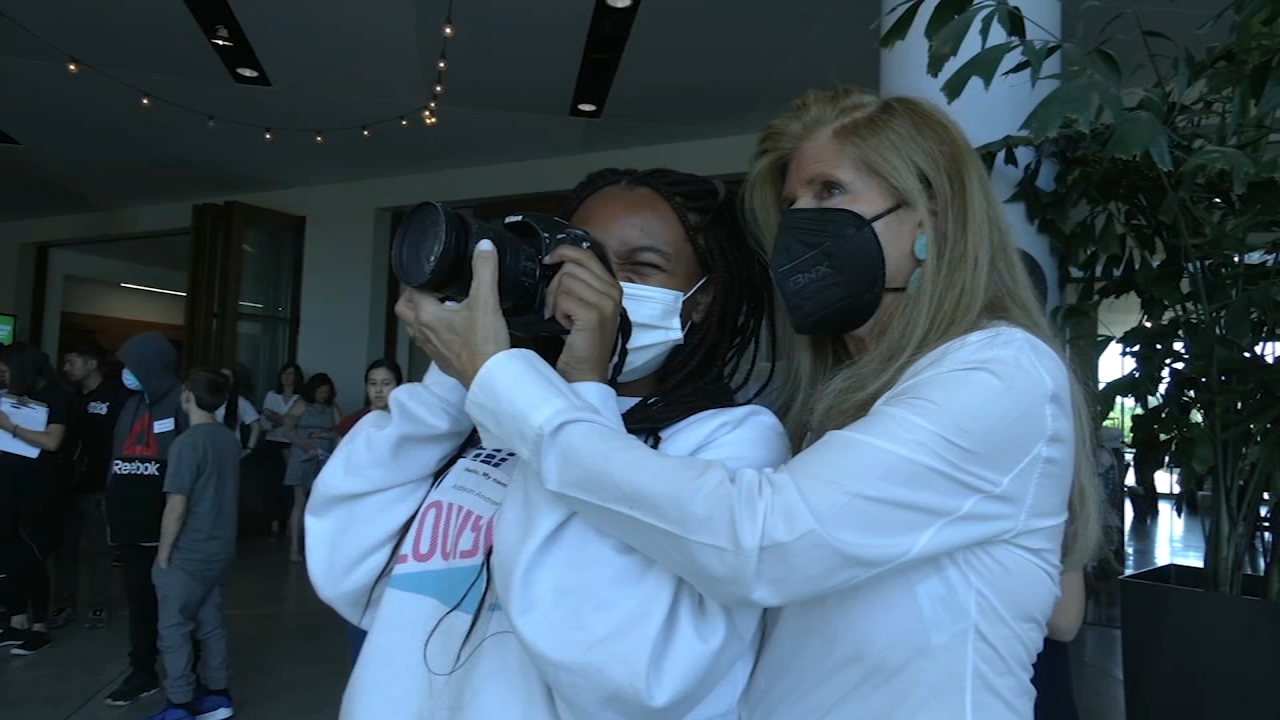 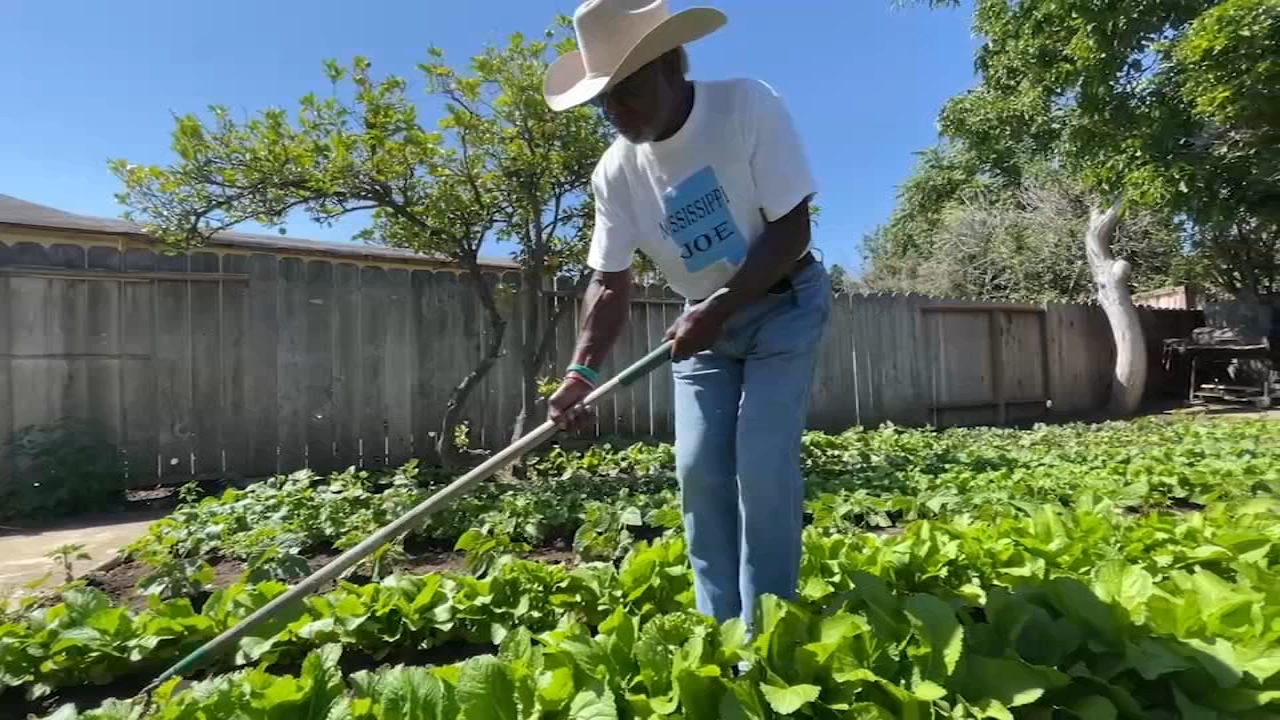