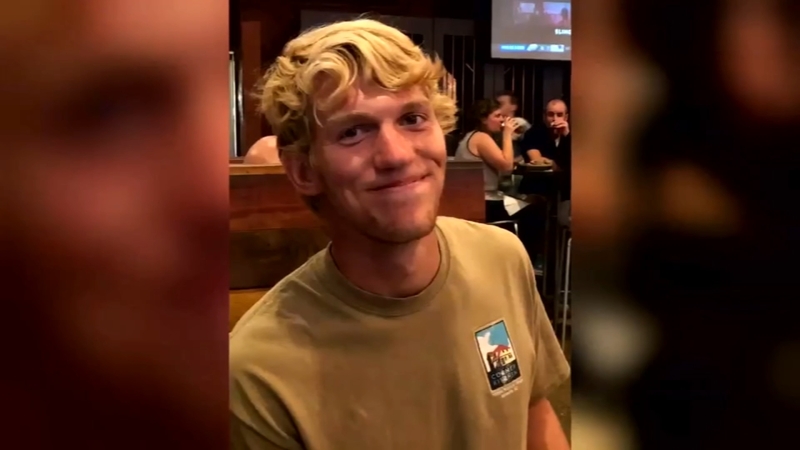 Riley Howell, killed in UNCC shooting, to be immortalized as Star Wars Jedi

CHARLOTTE, North Carolina -- The University of North Carolina at Charlotte student who was hailed a hero for selflessly putting himself between a gunman and his fellow classmates last April, is now being "immortalized as a Jedi," in a future Star Wars publication, according to the production company behind the sci-fi series.

Riley Howell was 21 years old when he died protecting other students from a shooter who stormed into a building on UNC Charlotte's campus.

LucasFilm confirmed to ABC11 (WTVD) that they have sent a letter to Howell's family expressing condolences.

"Riley's courage and selflessness brings out the Jedi in all of us," wrote fan relations team member Lucas Seastrom. "We hope that you may rejoice in his memory, and we join you in honoring his life and example."

The hometown of Riley Howell honored the slain UNC Charlotte student with a corn maze.

"As a small tribute, our Story Group has incorporated a reimagining of Riley's name as a character in the Star Wars galaxy," Seastrom continued. " ... The Force will be with Riley, and all of you, always..."

The entry in the book is just 66 words, but credits Jedi master and historian "Ri-Lee Howell" with collecting "many of the earliest accounts of exploration and codifications of The Force."
Charlotte-Mecklenburg Police Chief Kerr Putney said in the days following the April 30 shooting that without Howell's attack, capturing the gunman might have taken longer.

"Having no place to run and hide, he did the last," Putney continued. "But for his work, the assailant may not have been disarmed. Unfortunately, he gave his life in the process."

Reed Parlier, 19, of Midland was also killed in the shooting.

Howell was a graduate of T.C Roberson High School in Asheville.

Lauren Westmoreland, Howell's longtime girlfriend, said in an email, that the honor of becoming a Jedi was one that was closest to his heart.

"Though he wasn't an artist, he loved to draw the clone trooper helmets all the time, sometimes even on my birthday cards," Westmoreland said.

Lauren's father, Kevin Westmoreland, said Howell studied the Star Wars universe for most of his life.

"He had a very strong sense of good and evil, and how to live life as someone who looked out for others," Westmoreland said. "Seeing him listed as both a Jedi and a historian in Star Wars lore is a perfect way to connect him to this story and the characters he loved."