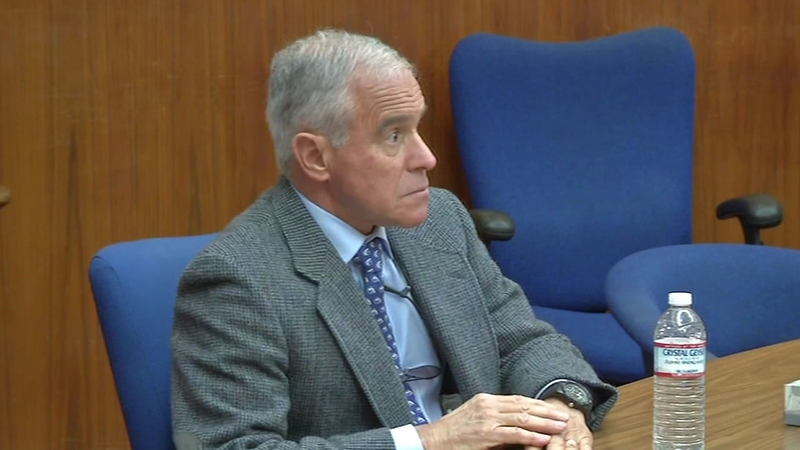 MARIN COUNTY, Calif. (KGO) -- Caught on tape -- a Marin County doctor saying he feared for his life and had to shoot the man who followed him home after a road rage incident. The 911 recordings were played in court Monday during a preliminary hearing to determine whether the doctor will stand trial.

The prosecution introduced the 911 calls Dr. James Simon made, but they may wind up helping the defense even more.

The recordings introduced at Monday's preliminary hearing by Marin County District Attorney Ed Berberian give us the clearest picture so far of what happened that morning when 69-year-old Bill Osenton wound up with two bullets in his left abdomen. Osenton told an officer who rode in the ambulance with him that Simon, in his red smart car, cut him off where Paradise Drive merges into one lane in Corte Madera, and that Simon hit his brakes. That upset Osenton, who followed Simon home.

After that warning shot, Simon hit Osenton twice with a nickel-plated Reuger revolver. He told the dispatcher he had no other choice.

Michael Lappert testified, "I walked up to the car with my gun drawn looking for a shooter."

Lappert was the first prosecution witness on Monday. He's the mayor of Corte Madera, the owner of a well-known ice cream chain, and a reserve police officer. He was the first on the scene and recounted what Simon told him: "How am I my supposed to protect my wife? I feared for my life, what was I supposed to do?"

Simon's lawyer tells the I-Team that the district attorney has already helped his case, and that he will argue when the hearing continues on Tuesday Simon feared for his life and fired his gun in self-defense. The I-Team will be there and will tell you if this case goes to trial.