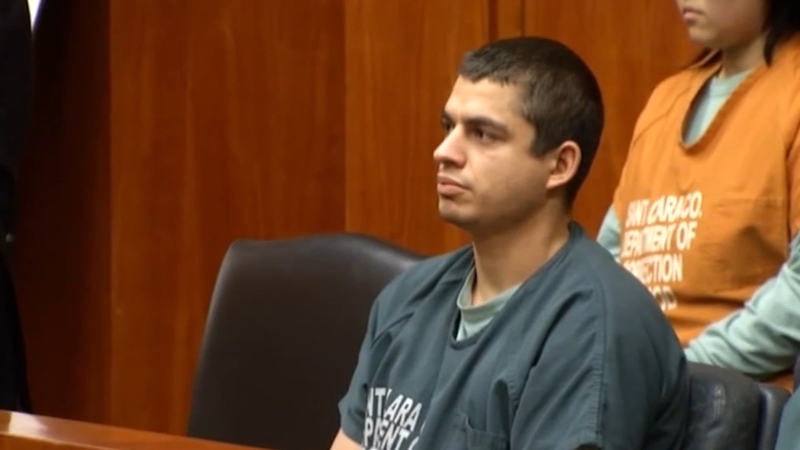 SAN JOSE, Calif. (KGO) -- South Bay cat owners say they're terrified that Robert Farmer, the man who tortured and killed their cats has been released.

Prosecutors say he served half his sentence in custody as planned and was released one month early this week into a supervised program.

"I have three dogs in the house and then Thumper came to join. She quickly showed everybody that she was the queen of the house," said Martinez.

Thumper also loved being outdoors and receiving lots of attention.

Martinez was one of more than a dozen families victimized around 2015 by Robert Farmer.

Now that Santa Clara prosecutors have found the owners of two cats that were wearing collars discovered in the car of an accused serial cat killer, they say they can add more counts to the charges the suspect faces.

"I knew that he had to have Thumper," said Martinez.

Martinez says Thumper's body was found in a garbage can.

Farmer pleaded guilty and was sentenced to 16 years,13 years in custody followed by three years of mandatory supervision according to the Deputy District Attorney, who explained that in California for crimes such as these, a person only serves half of their time in custody.

Farmer was supposed to be released on April 10 but was released a little more than a month early on March 1. He entered a non-custodial program where he's being supervised by the sheriff's office with an ankle monitor. He'll transition to the probation department's supervision on April 10.

"I'm hoping that the monitoring will be sufficient to protect the community and to ensure that nothing like this happens again," said Gadeberg.

Leonor Delgado and Carole Hyde are with the Palo Alto Humane Society.

They say it's hard to know whether Farmer has been rehabilitated.

Gadeberg says the conditions of his release include counseling, substance abuse treatment, a stay-away order of 100 yards from the Cambrian Park neighborhood and he can't have or live with any animals for 10 years.

"This is one of the more horrific and disturbing cases that I've ever worked on in my 10 years as a prosecutor," said Gadeberg.

Cat lovers have this warning for the community.

"Please keep an eye out for him," said Martinez.

"Please keep your pets inside. Not only because of people like Farmer who could be out there but also because of other dangers," said Delgado.

ABC7 News reached out to Farmer's attorney. We have not yet heard back.