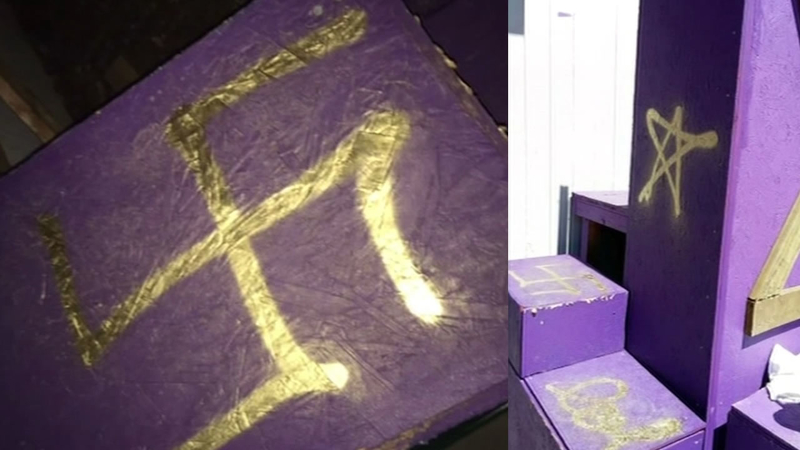 The graffiti was discovered early Sunday morning. It was cleaned up very quickly, but students are still shaken by the incident.

The swastikas were spray-painted in gold and found on the Sigma Alpha Epsilon house at Stanford. SAE is not a Jewish fraternity, so why its building was targeted remains unclear.

Liana Kadisha is president of the Stanford Israel Association.

"My parents are from Iran and left that country because it wasn't open really to Jews anymore and so I don't think they would ever expect that at Stanford, so many years later we would be dealing with these types of incidents," Kadisha said.

The university and campus police are investigating the vandalism as a possible hate crime.

In a statement, Stanford president John Hennessy said, "This level of incivility has no place at Stanford. I ask everyone in the university community to stand together against intolerance and hate."

The residential building, La Casa Italiana, was also targeted. The same gold paint was used to create what appears to be the anarchy symbol.

Asher Kaye lives in the building and is also vice president of the Jewish Student Association. He told ABC7 News, "It's something that, for me, made me feel unsafe in a place on campus where I really should safe."