Fishing boat in Sausalito used to save California salmon population 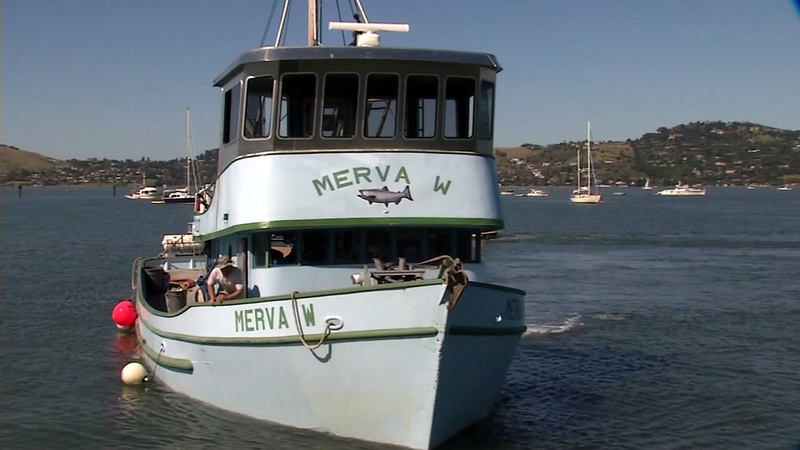 SAUSALITO, Calif. (KGO) -- A fishing boat called the Merva is being used to help save California's struggling salmon population.

The Marva is transporting 200,000 adolescent salmon from a couple state hatcheries out to the ocean.

Chinook salmon are native to California. In their natural setting, they are spawned in fresh water rivers and then swim out to salt water through the Golden Gate Bridge.

When they're adults, they return to the same rivers to release their eggs. However, over the decades, dams, heavy river traffic and even over fishing has made their swim out to the ocean pretty treacherous.

So, the Merva is part of an experiment to see if giving the salmon a ride down river will help their survival rates. "We're trying to show that barging salmon, these smelts down the river will increase their survival rate, we think significantly," former salmon fisherman Rob Tillitz said.

The 200,000 salmon aboard the Merva will bring the grand total of salmon hauled out to the ocean to 1 million over the last five years.

The Merva left Sunday afternoon to release its load of salmon. All the salmon aboard have been tagged, so they can be identified later if they successfully swim back into the bay and into the rivers in the Delta to spawn.