49ers vs. Rams: How you can win free tickets, airfare and hotel stay for NFC Championship game 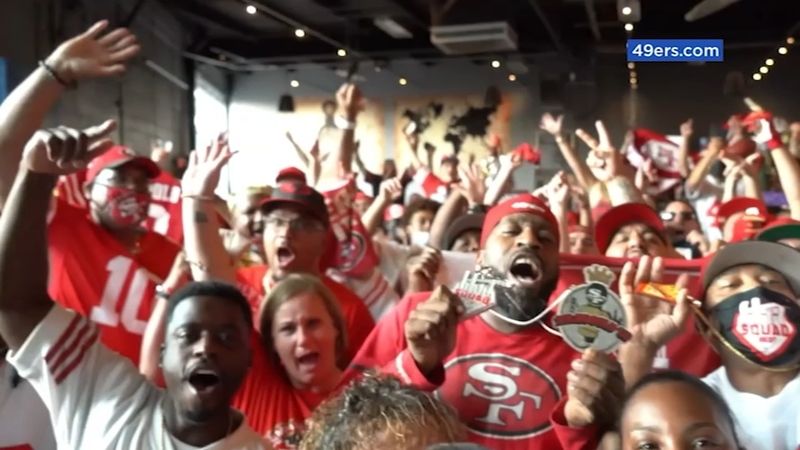 Here's how you can win free tickets to NFC Championship game

LOS ANGELES (KGO) -- The NFC Championship game is one of the hottest tickets in the sports world, as we have told you this week.

They're hard to come by, but the 49ers are offering up free tickets to a few lucky fans before the big game Sunday and we have the scoop on how you can win.

As the San Francisco 49ers prepare for the NFC title game, so too are the fans.

The presence of the Faithful on the road have made an impact all season long and the team expects the fans' help again this weekend.

"The fans know what's on the line. It's a very educated group of fans," 49ers Fan Experience Manager Nick Clarke said. "They know that we're sixty minutes or sixty minutes plus whatever overtime away from a Super Bowl appearance back in the LA as well."

Opposing teams have noticed that impact through the rally events called "49ers Invasion" each week in their house.

It's part of the fan engagement experience from the team as they try to make fans faithful for life.

"Giving them a rally towel and knowing that that impact could send them down to be a fan for life," Clarke said. "Then they grow up to be an adult and all of the sudden there's an opportunity to go to an NFC Championship game and they're travelling and making that impact. That ultimately helps our team on the field and that's what it's all about."

But it's not just rally towels that the team is giving away, there have been tickets on the line at these events.

Throughout the playoff run, the 49ers have treated a few lucky fans to free tickets, airfare and hotel stay as part of the 49ers Playoffs Send Off Presented by United Airlines.

"Just to be able to see the jubilation on fans in Dallas, I know a bunch of them gathered right by the exit and it was sort of a friendly mosh pit, if that's a thing," Clarke said. "It was hugs and barrages and people just so excited to have won that game."

Another fan won tickets to Green Bay, and you have the chance to be at SoFi on Sunday by entering in the competition before midnight tonight on their website.

"We really care about our fans and we know that they care back," Clarke said. "We're trying to create that experience forever."

You have another chance to win tickets at the 49ers Invasion in Los Angeles.