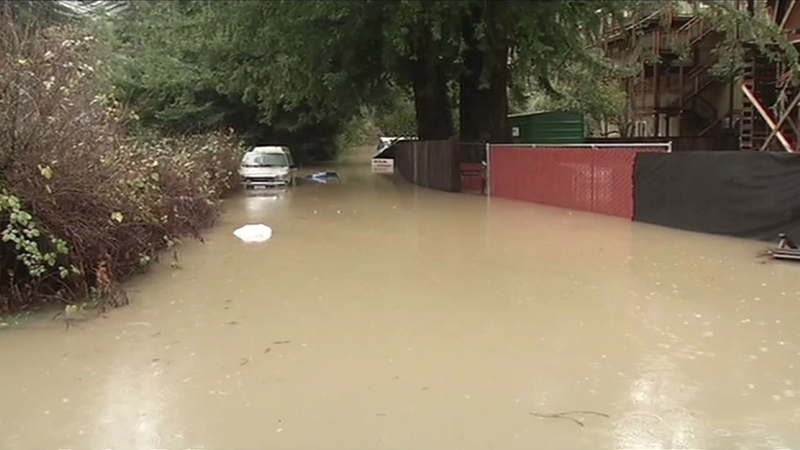 Russian River begins to recede after flooding parts of Guerneville

The severe storm that brought torrential rains and hurricane force winds on Thursday has subsided, dumping near record rain throughout Northern California. 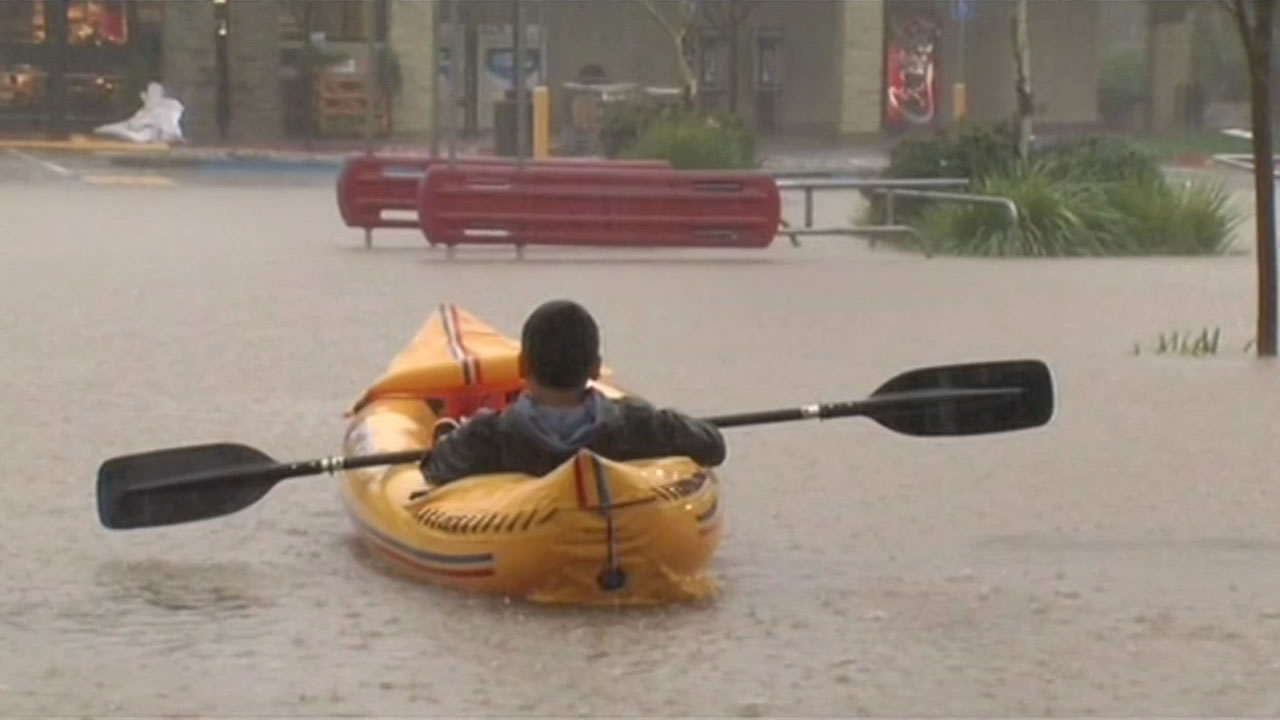 In the North Bay, it's been an anxious 24 hours for people living near the Russian River. The river crested at flood stage Friday morning, cutting off roads and some homes.

Henry Hamlin is nervous about the Russian River creeping ever so close to his house. He spent the night frantically moving furniture in the basement to higher ground.

"I had no clue where the water would stop," Hamlin said. "Right now it's a foot from entering my basement."

"For now they're stuck," Stevie Lindborg said. "One road in, one road out!" 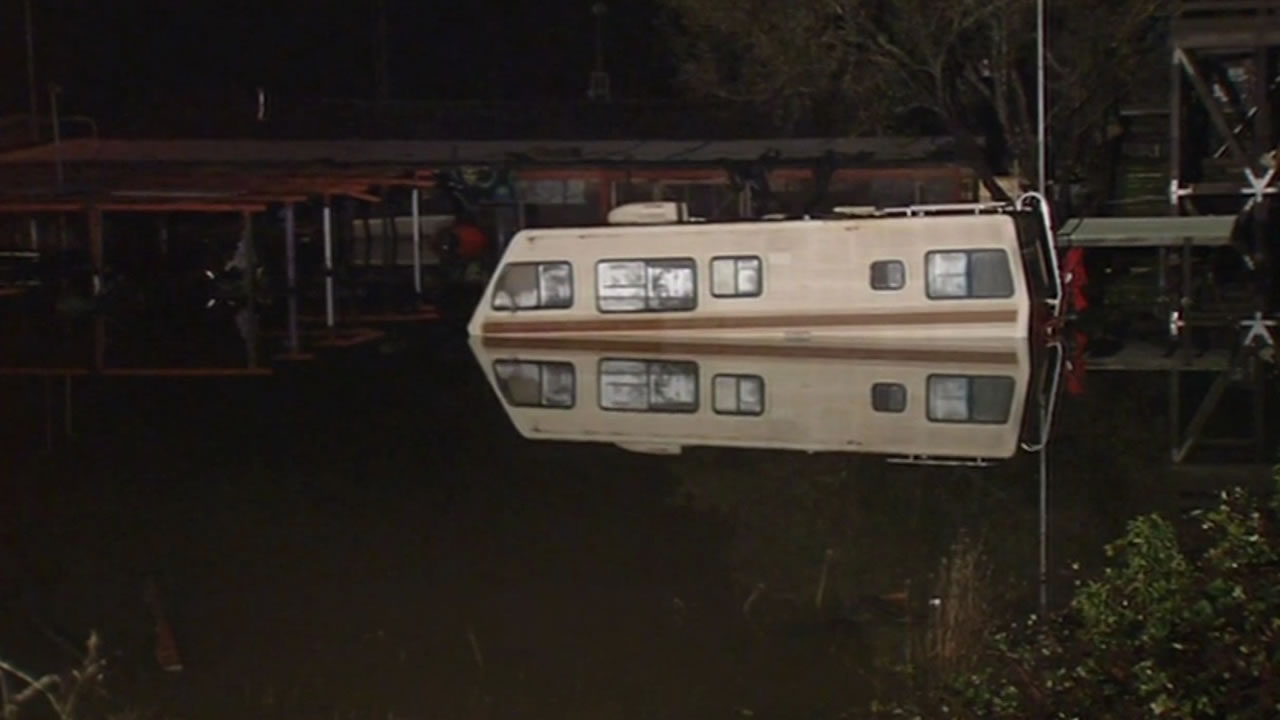 "For now they're stuck," Stevie Lindborg said. "One road in, one road out!"

A contractor rescued what tools he could from the house he's building, now, partially submerged.
Carrie Armstrong has seven feet of water in her backyard, but she's not worried.

A pee-wee golf course became an obstacle course for kayaks.

Greg Hawkins and family came to see the flooded river. "You never know when it's going to flood on the Russian River," he said "It's been doing it for years."

There have been 10 major floods on the Russian River since 1937 and authorities say Friday's flood was not major or even moderate.

Union City residents had an unexpected wake up call early Friday morning. A giant tree crashed through the roof just inches from where they were sleeping.

A large eucalyptus fell onto a residential care facility on Trefry Court just before 4:30 a.m. It hit the main building and two bedrooms at the back of the facility. Two residents went to the hospital as a precaution.

Everyone else was taken to another care facility.

In Berkeley, a resident got a scare early Friday morning when a oak tree landed on his house.

Gerald Wiper was woken by a loud cracking noise. He heard something hit the house and ran for cover.

When he checked out the damage, the ceiling over the laundry room had collapsed.

Then he saw his neighbor's tree.

"If you walk outside it's actually along the whole side of the house," he said. It didn't fall completely thank goodness. When it fell over it actually hit the tree that's in my yard and that's what broke the fall of the tree.

The live oak is more than 100 years old. The owner says it was no match for the saturated ground.

A giant, gaping hole in a San Jose Safeway's roof is now two giant, gaping holes. Dozens of shoppers and workers were inside this Safeway on East Capitol Expressway yesterday when the store's ceiling came crashing down. One person suffered minor injuries and the store remains closed.

Fire officials were on scene Friday to check the damage when they found another part of the roof had collapsed. 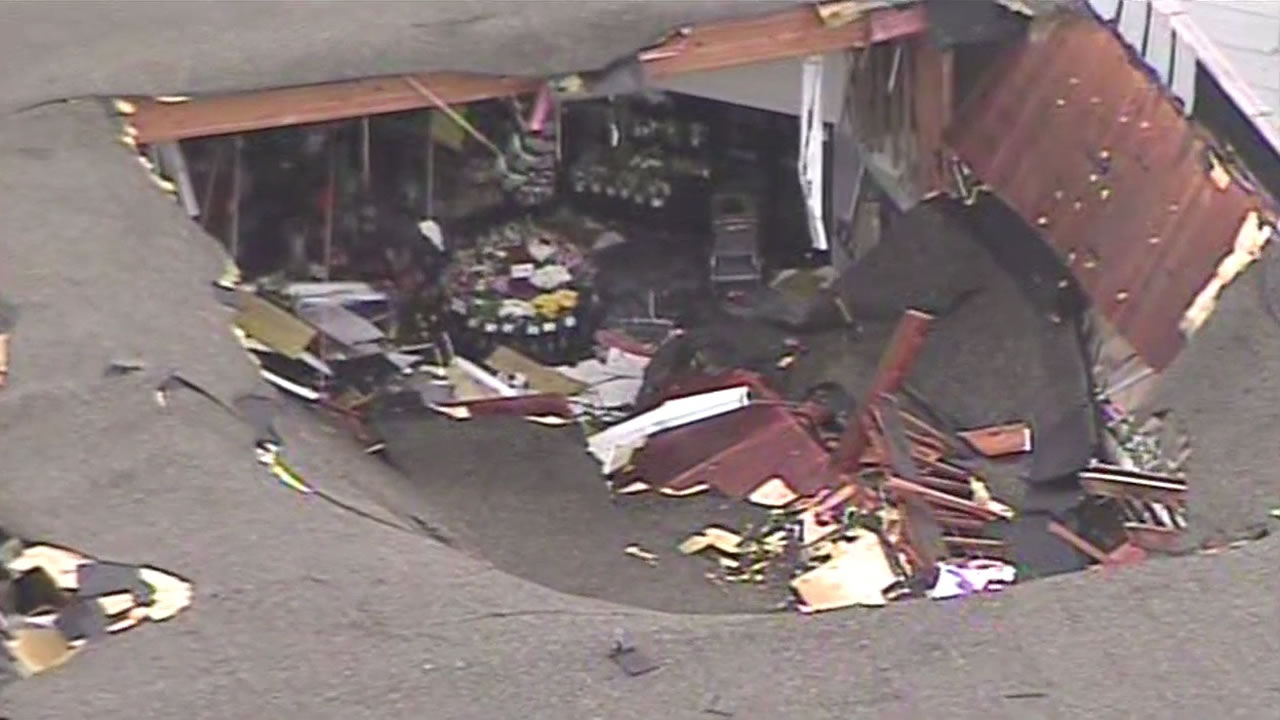 Safeway roof collapses
Customers are being turned away from a Safeway in San Jose after the roof gave way during Thursday's powerful storm.

"It's still a dynamic situation, it is changing, pieces of this roof continue to come down...the fire department is not going inside today," San Jose fire department Capt. said Capt. Mat Low

The city's building inspector is now checking to see if the building is structurally sound.

The La Mar Mobile Home Park on Bayshore Road in Redwood City was underwater. There's several feet of standing water and growing concern
tonight about the rising tide and the additional problems that could cause.

There were major delays at the San Francisco International Airport. Some 240 flights were canceled and most of them were short flights along the west coast. Flight Aware said delays at SFO were averaging between 30 minutes to an hour. 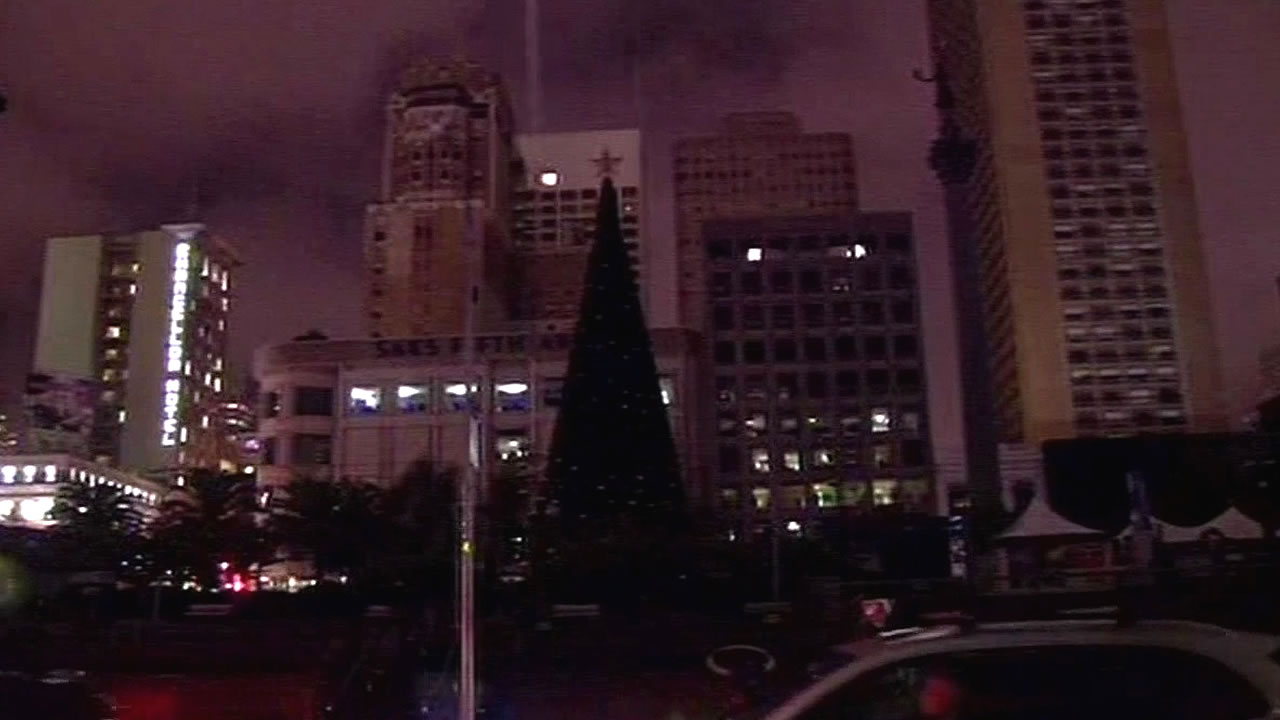 The governor's Office of Emergency Services activated the state's emergency operation center for the next few days to support cities and counties impacted by the storm.

Nearly a dozen state parks throughout the Bay Area remain closed because of the storm. Updates on park closures can be found at www.parks.ca.gov.