Car break-ins on the rise across the Bay Area; how some are 'risking it all' to avoid it

Some people are going to great lengths to avoid having their windows smashed, even leaving their trunks open to show it's empty.
KGO
By Stephanie Sierra 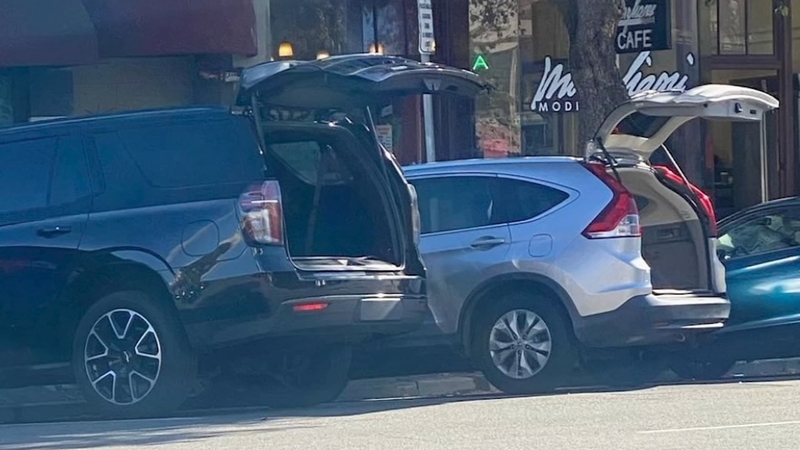 SAN FRANCISCO (KGO) -- People are going to great lengths to avoid car break-ins, even if that means risking it all.

We've heard of cars being left unlocked, windows rolled down, but now some people are leaving their trunks open too. It's raising eyebrows as reports of car break-ins are on the rise in San Francisco and Oakland.

A witness who saw it happen wrote on social media, "Imagine having to clean out your car and leaving it open in public, just so people won't break your windows. Oakland we looking sad man."

Deputy Chief Lindsey says these thieves are getting more advanced.

"Even if you think I'm just going to put my laptop in my trunk... if it's on, they have technology to detect it in the car," she said. "Even if it's hidden."

Former SFPD Deputy Chief Garret Tom says in his nearly 40 years on the force, he's never seen people resort to this to protect their windows.

"We're in different times... that's unbelievable," he told ABC7's Stephanie Sierra as he glanced at the picture.

Tom says it's an invitation for even more theft - or perhaps unwanted visitors.

"They could steal your batteries, your tires," he said. "They could go into your glove compartment and find out where you live."

"We have got to do more to get us through this holiday season," said Oakland Mayor Libby Schaaf.

Mayor Schaaf is calling on private property owners to consider purchasing security cameras to help with surveillance of these organized groups.

"Pointing the cameras towards the street and register it with the Oakland Police Department," she said.

Both departments have increased patrols in high-traffic areas over the holiday season, but warn we all have to use common sense.

Go here for more information on how to register your security camera with OPD.