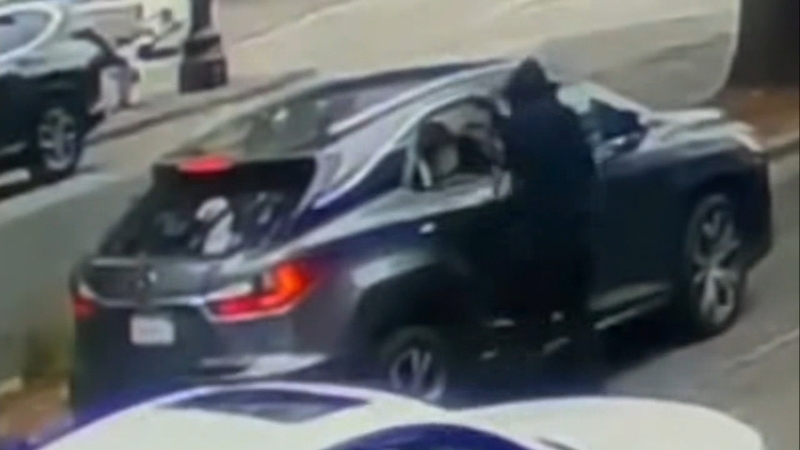 OAKLAND, Calif. (KGO) -- Brazen video out of Oakland shows the moments a woman robbed and her car broken into while driving along Broadway in the middle of the day.

Surveillance video used in The Oakland Police Department's investigation of the incident shows a man jump out of a white sedan and attempt to break the woman's passenger side window. He then smashes the back passenger side window and climbs inside to steal her purse and backpack.

RELATED: Oakland police call for community's involvement in preventing crime, but some have other ideas

The woman was understandably shaken, even several days following the incident which happened before the 22nd St. intersection after she left a nearby bank.

She did not want to go on camera but said during a phone call with ABC7 News, she thought she was going to be killed.

"I was yelling and looking at him and we made eye contact," said the victim.

Oakland's top cop says Fourth of July in his city this year was among the most violent he's seen in more than 20 years on the force.

Though law enforcement sources say this is kind of break-in seems unusual it's not the first time we've seen break-ins and robberies while driving.

Back in February, two real estate photographers were targeted while approaching an on-ramp in San Francisco. They had just left a photoshoot.

Oakland police say they've seen a 115% increase in armed carjackings this year compared to last. Police are using this video in their investigation and ask anyone with information to come forward.

A thief jumps out of its vehicle, smashes a window and robs a driver while in traffic in San Francisco.