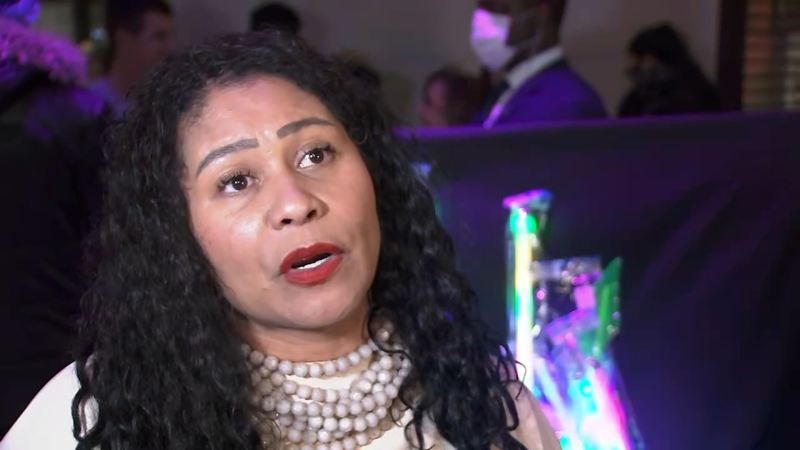 Officials assure public it's safe to shop in SF after thefts

The mood that night was holiday excitement and hope.

"We are in the midst of our economic recovery," said San Francisco Mayor London Breed.

Dozens came out, some in their own holiday flare, to see the tree all lit up. But outside that glow are a number of empty Castro storefronts, many of which closed during the coronavirus pandemic.

"Sad that businesses were lost, but there are those businesses that are hanging on for two years," said Sachet.

Now, local businesses both small and large, are dealing with another threat -- store burglaries like the one seen at Louis Vuitton in San Francisco's Union Square.

It's one reason why SFPD has made recent changes.

"Now when you go out to Union Square you see officers and you feel okay about shopping," said San Francisco Deputy Police Chief David Lazar.
"It's a very visible way for the city to make clear that we're not going to tolerate this," said State Senator Scott Wiener.

Mayor Breed told us those changes are making a difference.

"We're doing everything we can and so far we haven't had any major incidents that have occurred," says Breed.

But while some may still fear coming to or shopping in San Francisco due to COVID or safety concerns, one Castro business owner told us there is improvement happening.

"I think San Francisco is one of the number one places in the world," said Petros Fanourgiakis who owns Aegean Delights. "I feel like now it's picking up a little bit."