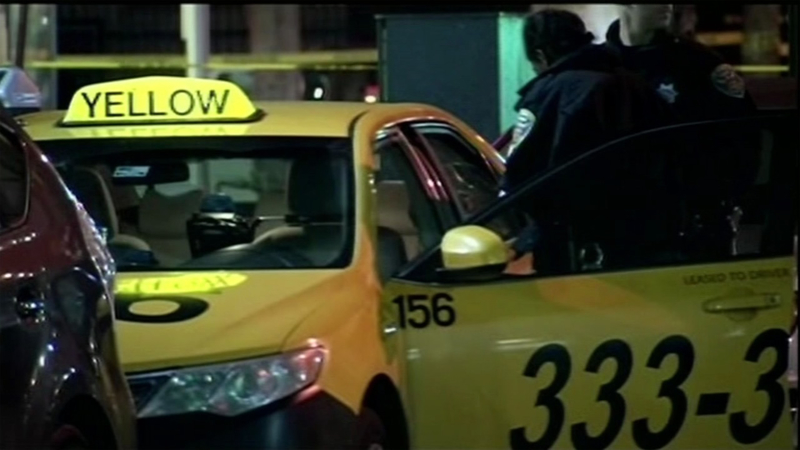 SAN FRANCISCO (KGO) -- San Francisco police are searching for the shooter or shooters, who injured a cab driver.

A woman who lives in the neighborhood, and doesn't want to be identified, says the gunfire woke her up but she wasn't surprised to hear it.

The shooting happened near Fillmore and Turk street around 9:20 Thursday night, on the same block as a police sub-station.

Police will only confirm there was a shooting and that an innocent bystander was hit in the upper torso.

ABC7 News has learned that victim is a cab driver with Yellow Cab and has been released from the hospital.

"When I heard this news, I was scared," said Ram Dahal, a cab driver with Yellow Cab.

"Probably 99 percent of passengers you pick up just want to get some place. What's going on the sidewalk or street, you really don't have a hell of a lot of control over sometimes," explained Travis, also a cab driver.

There are conflicting reports as to whether the driver was sitting in his cab or walking toward it when he was shot.