SAN FRANCISCO -- The San Francisco Police Department is hosting a town hall meeting this evening to discuss the events that led up to plainclothes police officers fatally shooting a 24-year-old woman last Tuesday night after she allegedly went on a driving rampage.

The community meeting, being held at 6 p.m. at St. Luke's Episcopal Church at 1755 Clay St., will be an opportunity for police to provide the public with an update on the officer-involved shooting.

Alice Brown was killed near the intersection of Van Ness Avenue and Pine Street on Tuesday night while allegedly trying to escape pursuing officers.

According to police, two plainclothes officers responded at 7:07 p.m. Tuesday to the intersection to investigate a possible stolen vehicle.

Upon arrival, officers located the suspect vehicle, a blue four-door sedan, at a Chevron gas station.

The officers approached the vehicle on foot and identified themselves to the driver, according to police.

Brown put the car in gear and drove toward the officers, then tried to drive away from the gas station, hit the building and turned onto Pine Street, where she turned around and started driving the wrong way down the street, police said.

Officers chased after the car on foot but Brown drove onto a sidewalk, then drove toward the officers for a second time and hit another building and several parked vehicles, police said.

Brown again entered the roadway going the wrong way, hit more vehicles and forced a motorcyclist to abandon his vehicle in the roadway to avoid being hit, police said.

Police said Brown drove back onto the sidewalk and the officers then fired at least two shots at the car from their department-issued firearms.

The car ended up on the sidewalk of Pine Street about 50 feet west of Van Ness Avenue. The officers gave aid to Brown, but she died at the scene, police said.

Police said the officers fired at the woman because she was endangering the lives of the officers and nearby pedestrians. They have not yet said whether drugs or alcohol were factors in the case.

The incident remains under investigation by the Police Department's homicide detail and its internal affairs division, as well as the San Francisco District Attorney's Office and the Office of Citizen Complaints. 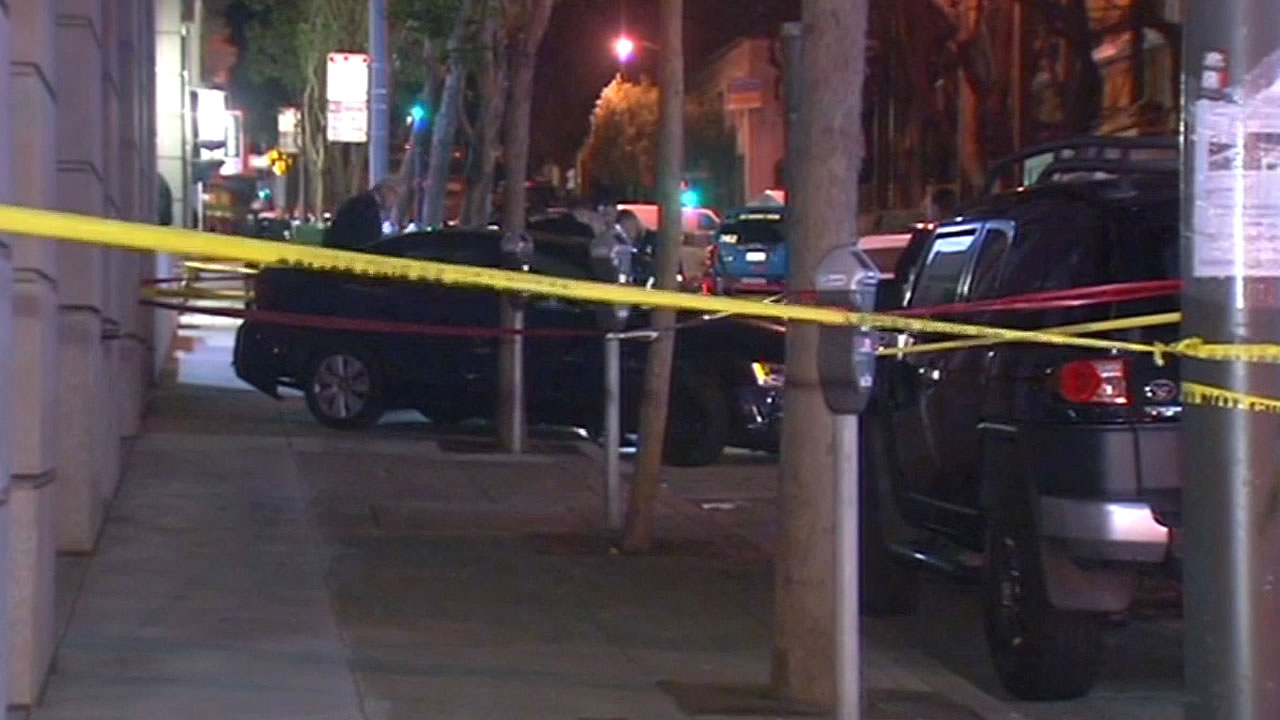