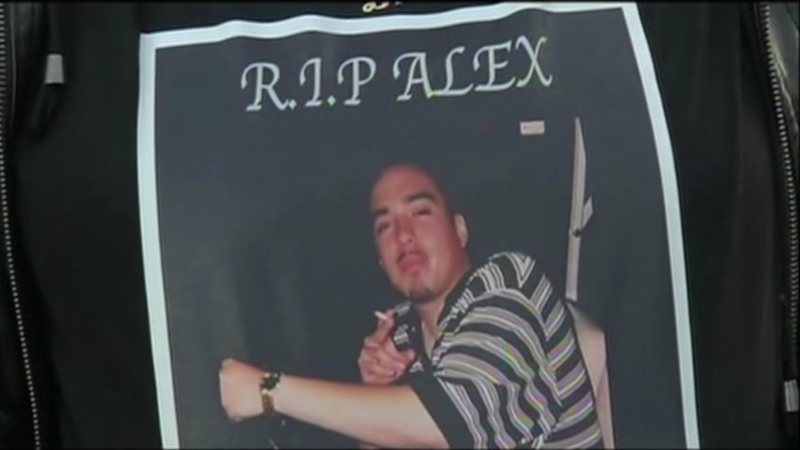 SAN FRANCISCO (KGO) -- The attorney for the family of a young man killed in a police shooting in San Francisco last March says he will file a federal civil rights lawsuit.

Civil rights lawyer John Burris says he does not believe the shooting was justified. An internal SFPD investigation, however, cleared the officers and we're told they're back on the streets.

Alejandro Nieto, 28, was in Bernal Heights Park when police got calls reporting a man with a gun.

"221... Ingleside, Bernal Heights Park," said a police dispatcher before the shooting in March. "He's got a gun at his hip and he is pacing back and forth.

Officers were investigating reports of a man with a gun, when they encountered Nieto in the park. Police say they fired when he appeared to draw a weapon. That weapon turned out to be a Taser.

"The community is particularly outraged, and rightfully so," said Burris.

The attorney says he will file a federal civil rights lawsuit Friday, the same day as a planned march that's organized by Benjamin Bac Sierra and other friends of Alex Nieto.

"This is the actual weapon that Mr. Nieto had," said SFPD Chief Greg Suhr at a public meeting in March.

Suhr says it looked to the officers like a real gun.

"Every indication we had was that the officers were firing in defense of their lives," he said.

But Bac Sierra says there's a great disconnect between what police say and what witnesses saw.

"Witnesses state that Alex never pointed a Taser, nor did he act in any furtive manner to point a Taser at any officers," he said.

Burris added, "The fact that he had a Taser, that's not a basis to shoot and kill someone."

Nieto's family and close friends hope a federal civil rights lawsuit will bring out the truth by forcing the government to look at all the evidence.

"The police reports, the medical examiner's report, the witness statements they have," Bac Sierra said.

Suhr believes any federal investigation will find his officers did the right thing.

"It's a very unbelievable tragedy," he said. "But I think the way it went in the park, the officers did what they had to do."