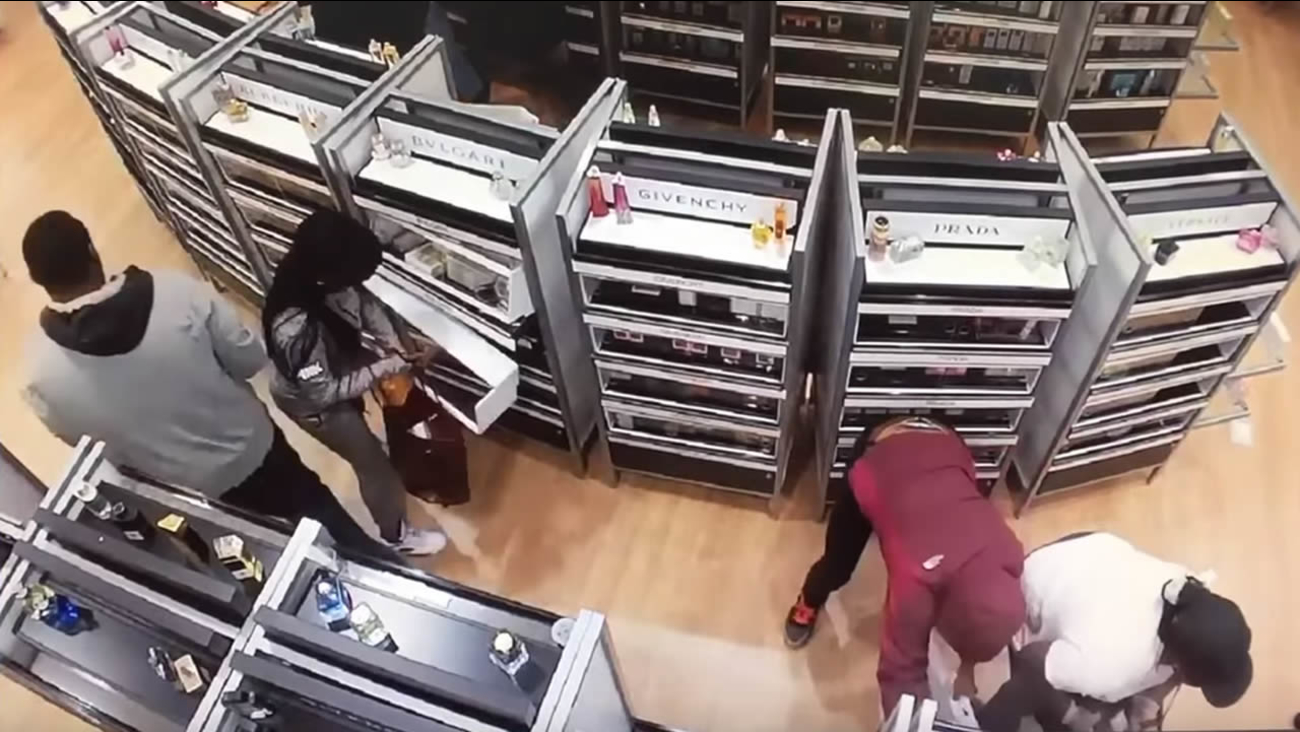 SAN FRANCISCO -- Police have identified three suspects in a burglary last month in San Francisco's Laurel Heights neighborhood by a group called the "Rainbow Crew" who are suspected of a string of thefts in recent years, police said.

The group, who has also been known as the Rainbow Girls, walk into stores, steal items and leave before police arrive, San Francisco police spokesman Officer Carlos Manfredi said. The most recent one occurred on July 28 at a department store in the 2600 block of Geary Boulevard.

They've been called the Rainbow Girls because the group used to be all females with rainbow-colored hair, he said.


Two males were involved in the San Francisco burglary on July 28, so police renamed the group, Manfredi said. The group of burglars has been committing sporadic burglaries during the past five years, operating all over California, he said.

Police responded at 8:45 p.m. to the 2600 block of Geary Boulevard where a store manager told officers that about nine suspects rushed in and filled bags with merchandise, according to police.

The group focused much of their effort on the cologne and perfume racks and then fled south from the store. All the suspects were wearing hooded sweatshirts and beanies and they stole more than $11,000 worth of goods, police said.

The store's surveillance video system captured the incident, allowing investigators to identify three of the suspects.

Minard is wanted on outstanding warrants out of San Diego County, Solano County, Alameda County, Pleasanton and Walnut Creek for offenses that include robbery, burglary, theft and assault with a deadly weapon, according to police.

Cannorier is on probation for burglary in Los Angeles County and Rose is wanted in San Francisco for narcotics offenses, according to police.


The suspects in the July 28 burglary are wanted for felony second-degree burglary and conspiracy.