'Breaking point': Once 24-hour Safeway in SF's Castro is reducing its hours due to theft

The Safeway store on Market Street will now close at 9 p.m. instead of staying open 24 hours a day.
KGO
By Melanie Woodrow 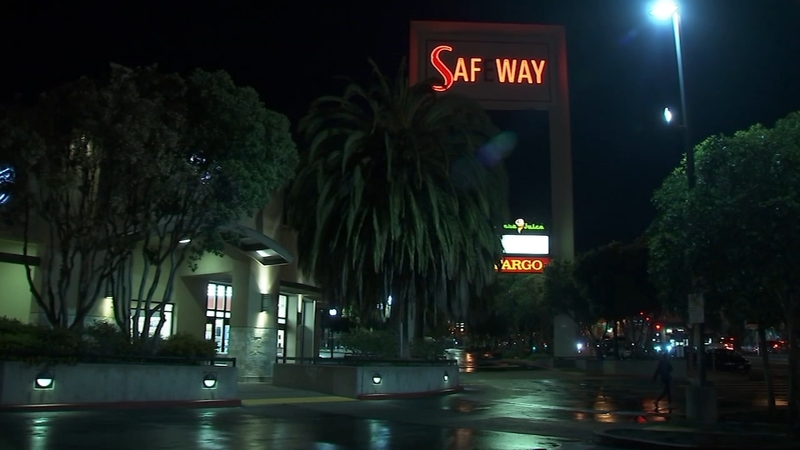 Once 24-hour Castro Safeway reducing hours due to theft

SAN FRANCISCO (KGO) -- Safeway supermarket is now joining other San Francisco retailers in reducing its hours due to increasing theft. The Safeway store on Market Street will now close at 9 p.m. instead of staying open 24 hours a day.

In an emailed statement, Safeway tells ABC7 News recent changes at the Market Street store were made to maintain a safe and welcoming shopping experience for customers and associates, given the increasing amount of theft at the store.

"Some of my members have said we'd rather give someone a job then have them steal from our store," said Michelin.

Michelin would not say which stores have said that. She says Los Angeles has the most organized retail theft, followed by San Francisco. However, when it comes to the cost of doing business in order to combat that theft, she says San Francisco takes first place.

A San Francisco Walgreens employee is speaking out about a recent string of incidents that make her feel unsafe at work.

"At some point it becomes unsustainable and we're starting to see that breaking point now," said Michelin.

"From Safeway itself, what they're saying is it has reached a level in the last six months that is unprecedented in their company's history and unprecedented for that location," said San Francisco Supervisor Rafael Mandelman.

In July, an ABC7 News viewer shared a video from the Market Street Safeway of an entire aisle of products locked up. At the time, a Safeway Spokesperson told ABC7 News the practice was a deterrent for theft.

Stores like CVS and Walgreens do the same, though the practice wasn't enough to stop the person in this viral video taken by ABC7 News Reporter Lyanne Melendez of a Walgreens theft. San Francisco police arrested the suspect and he was charged.

RELATED: Frustration brewing over 'no repercussions' for organized crime in SF

"Certainly this is not everyone and this is not departmental policy but they've heard too frequently from officers that there's nothing that can be done and it's not even worth writing a citation, that's not acceptable," said Mandelman.

An SFPD Spokesperson tells ABC7 News SFPD plans to work closely with Supervisor Mandelman and Safeway to improve reporting and investigations, and that the department will continue to do its part to bring shoplifting and retail theft perpetrators to justice in San Francisco.