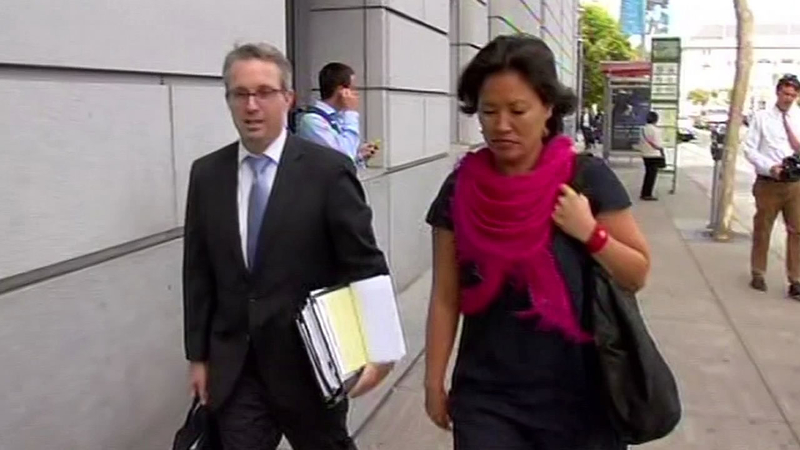 SAN FRANCISCO (KGO) -- A first of its kind court battle is being waged in San Francisco over five frozen embryos belonging to a divorced couple. She wants them, but he doesn't. The case is being heard at the San Francisco Superior Court.

ABC7 News learned this is the first time a California court is involved in what could be a precedence-setting case.

"She is very emotional. This is her last chance to have a biological child," Peter Skinner, Mimi Lee's attorney, said.

Lee, 46, was diagnosed with breast cancer in 2010 on the eve of her wedding. She and her new husband signed forms at UCSF for in vitro fertilization and froze five embryos, hoping to start a family someday. However, they divorced and her ex-husband, Stephen Findley, says the provisions call for destroying the embryos.

But his ex-wife's lawyer says she has a constitutional right to procreate and is arguing the consent form is not a binding contract between the two.

"Those directions could be modified and our client has revoked the directions because she now wants to use those embryos," Skinner said.

Findley, did not comment publicly, but in court testified he thought the terms were clear. One of his lawyers accused his ex of trying to blackmail him using the embryos as leverage.

With more than half a million frozen embryos in the United States, this case is in the spotlight.

Dr. Carl Herbert, M.D., from the Pacific Fertility Center, is one of the nation's leading fertility experts.

"For us as an industry, all we need to have is some direction about thawing and utilizing the embryos. Currently, it's very clear to us that we need both individuals' signatures on a consent form before we do that," Herbert said.