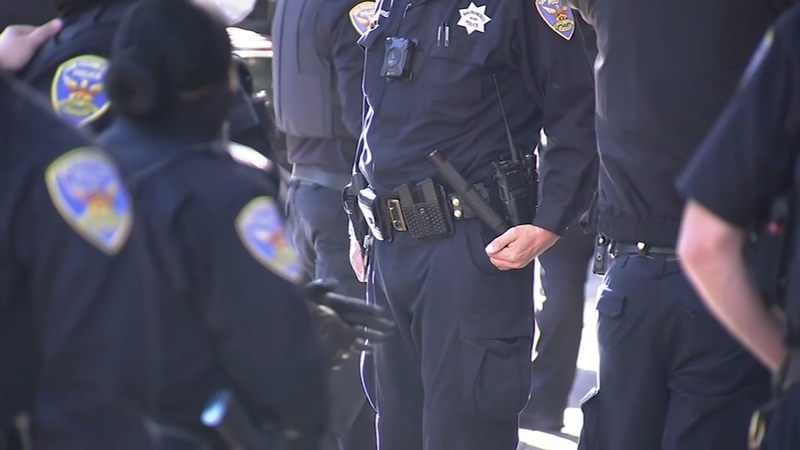 SFPD could be short 533 officers because of vaccine mandate

836 employees reported to be unvaccinated, which is 2.8 percent of the city's entire workforce, officials confirmed in a statement. That group includes city workers, police officers, fire department staff, sheriff's deputies, and SFMTA personnel.

"It's kind of a bummer," said Sasha Selvam, a local resident. "Especially because San Francisco has such a high vaccination rate in general. I feel like there's just a few hold out parties that aren't getting vaccinated."

Several MUNI stops were deserted in the city as 100 transit operators were unable to work due to being non-compliant with the mandate. SFMTA temporarily suspended two lines along California and Mission Streets.

"It's just a shame," said Selvam, who frequents both routes. "I would've loved to see more buses come back. Especially with Uber and Lyft prices being so expensive right now."

The city indicated close to 200 non-civil service employees are exempt, meaning they had valid religious or medical reasons for being unvaccinated. But, the remaining 750 employees who remain out of compliance past the deadline will be placed on administrative leave until their due process hearing.

Reiss explains each case may take longer to review if there are any factual disputes.

"If their claim is, my religious exemption is denied because you didn't believe me, that may be a more elaborate hearing... then if they're trying to say if the mandate is illegal," Reiss said. "In which case the due process wouldn't get them very far."

Employment attorney Karen Michael says with hundreds of cases to review, the entire process could take the city several weeks or even a month to complete.

"It's a case by case analysis," said Michael. "So if you have over 800 employees and that's what all the deliberations are about, then each person's situation needs to be treated individually...that could take some time."

San Francisco State's COVID vaccine policy has some seniors fearing they won't be able to graduate this spring.

Experts say the attention to detail required to review these cases could have long-term impacts on the city's staffing shortages. Aside from 200 SFMTA staff, the city says there are 115 law enforcement personnel also out of compliance - which includes 60 police officers.

ABC7 reached out to SFPD for further comment on the employment status of those officers and if they all will be replaced. The department is currently short 473 officers, not including the 60 officers out of compliance with the vaccine mandate. Depending on what happens legally with those cases in the coming months, the department could be 533 officers short by next year.