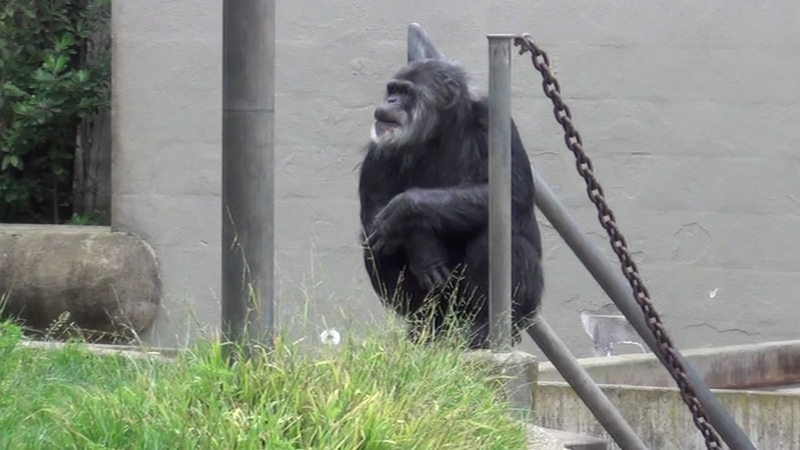 SAN FRANCISCO (KGO) -- On Thursday, the San Francisco Zoo announced they have had a change of heart and decided not to move the chimps.

Following an ABC7 News I-Team investigation, we spoke to Zoo director Tanya Peterson, who cancelled plans to move them to another facility.

Peterson, made the announcement at the city's Rec and Park's joint-zoo committee meeting Thursday evening. She said, "We have made the dissection and keep our three ageing chimpanzees here at the San Francisco."

The I-Team first told you on Tuesday the zoo was building shipping crates for the chimps -- one option, sending them to Florida amusement park.

Minnie and Maggie arrived in San Francisco 45 years ago, after being caught in the wild. The only male, Ccobby, had 10 years in entertainment -- a circus, television and film -- all before he came to the zoo. He is the oldest male chimp in any American zoo, believed to be in his late 50's, well past a chimp's normal life span.

Peterson now says the zoo will augment the chimps' enclosure, while fundraising for a new exhibit that will be big enough to bring in additional chimpanzees.

"I heard the bad news though that this particular exhibit could cost up to $10 million. We do not have a lead donor for this facility," Peterson said.

All this is welcome news to the chimps' keepers and fans.

Zoo super fan Kim Forwood said, "I'm just really excited that we were able to do this for them and that they don't have to be traumatized and leave and that the zoo is actually going to step up for whatever reasons and do what they should have done for them 18 year ago."

But, the I-Team has learned Peterson did not discuss her plans with the Chimpanzee Species Survival plan, run out of Chicago's Lincoln Park Zoo.

As Ross said in our investigation earlier this week, it's important for zoos to create chimpanzee groups as they exist in the wild, with at least three adult males, five mature females and dependent offspring.

"So in the case of a zoo like San Francisco with a relatively small group, what we're looking for is to give them social options," Ross said.