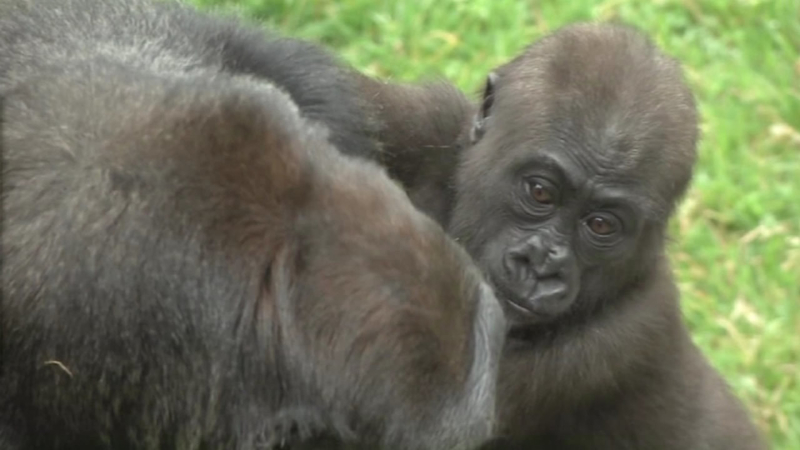 SAN FRANCISCO (KGO) -- The director of the San Francisco Zoo spoke emotionally Thursday about the death of baby gorilla "Kabibe" two weeks ago. But, she is also answering questions from the ABC7 News I-Team. The zookeeper involved in the incident and her colleagues believe the director is "throwing her under the bus".

Dan Noyes spoke to a source close to the keeper involved and to several of her colleagues. They all believe Zoo Director Tanya Petersen broke her promise to let the investigation play out, before she placed blame for what happened.

At Thursday's Rec and Park Commission meeting, Tanya Peterson showed a picture of little Kabibe, born at the zoo but rejected by her mother. She had to be hand-fed by zoo staff for the first months of her life. 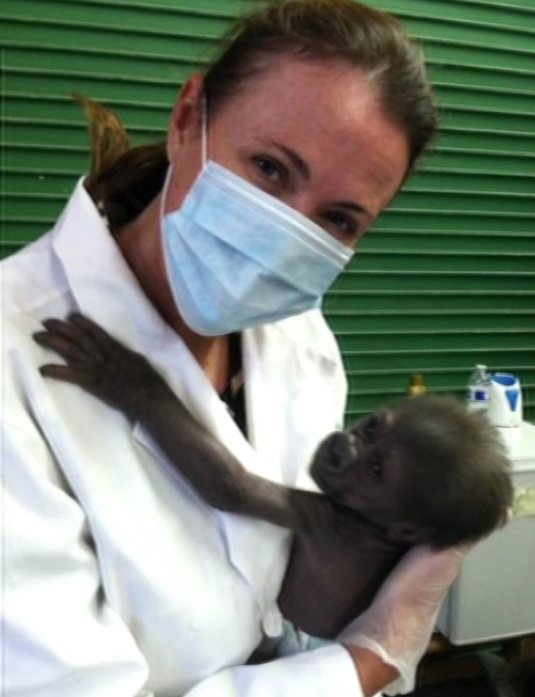 But, as a zookeeper tried to lock Kabibe in her sleeping quarters for the night on Nov. 7, the baby gorilla got caught beneath a hydraulic door and died.

Tanya Peterson told the commission, "It is an understatement to say that the worst night of my career is the night we lost Kabibe forever, simply said it was a tragic accident." 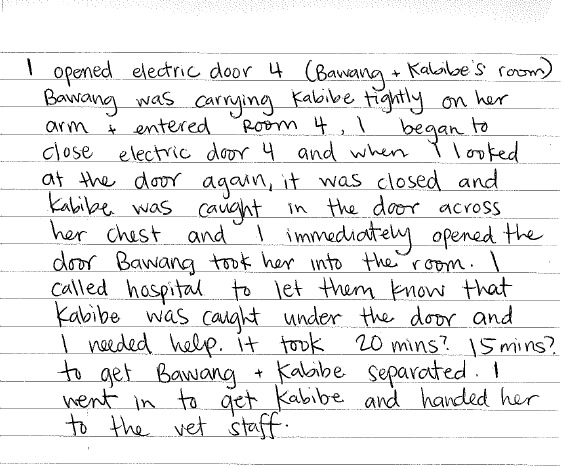 San Francisco zookeeper statement on the death of a baby gorilla.

Warning sign posted near hydraulic door that crushed a baby gorilla at the San Francisco Zoo.

And she sent an email to Rec and Park Commissioner Eric McDonnell and General Manager Phil Ginsburg that concludes, "It appears from our early investigation that the keeper did not follow the protocols in place."

Several sources tell the I-Team that Peterson had promised the zookeeper and her husband she would not come to any conclusions about fault until the investigation is complete.

Noyes: "They feel you lied to them, what do you say to that?"
Peterson: "I made no public comment, the investigation is still ongoing."
Noyes: "You sent out documents to the media, you sent the document, the email to Ginsburg blaming her directly, didn't you come to a conclusion before the investigation is done?"
Peterson: "This is responding to all sunshine public records act, as well as producing documents."

Peterson did not want to talk about other documents from the past several years the I-Team obtained, which show zookeepers complaining about gorillas getting caught in the doors.

Last week, the I-Team showed a log from Jan. 2010 stating that Kabibe's brother Hasani "got hand caught in (electric door) 4."