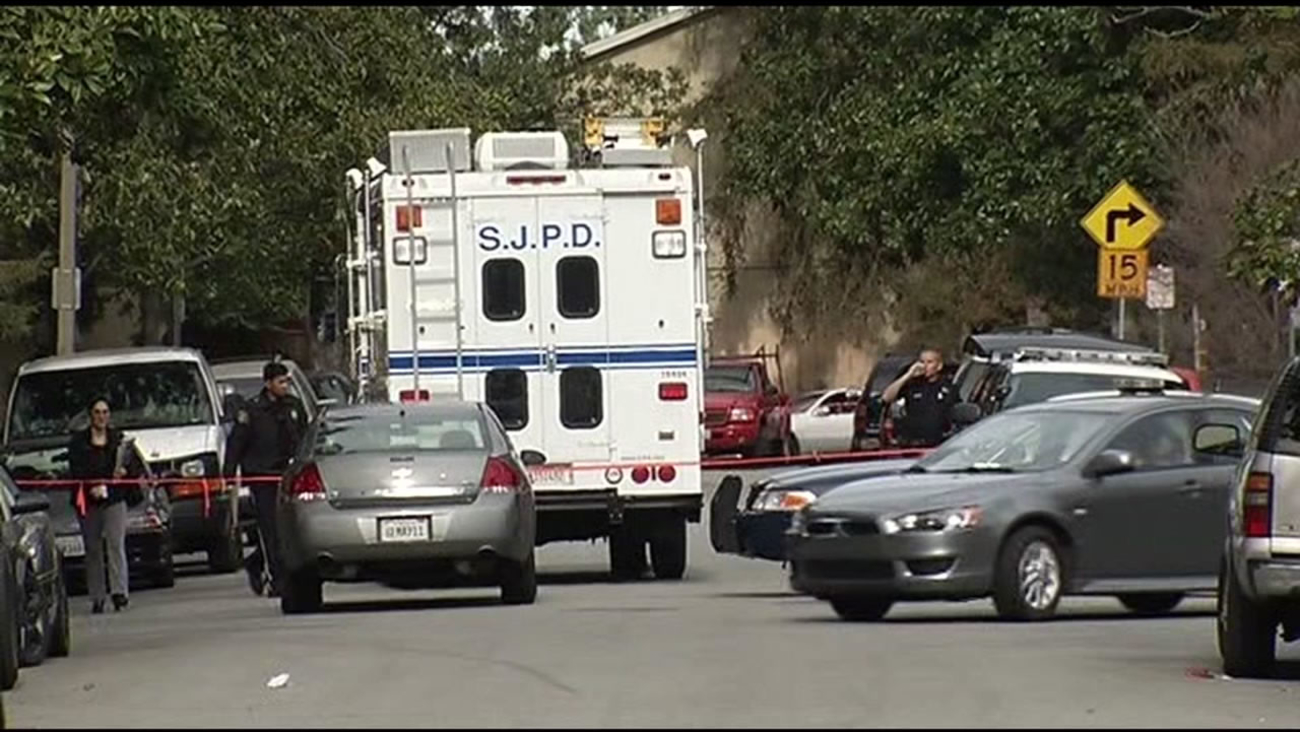 Police investigate after a man was dead in a car from an apparent gunshot wound in San Jose, Calif. Feb. 14, 2016. (KGO-TV)

SAN JOSE, Calif. -- A man is dead after officers found him in his car with an apparent gunshot wound in San Jose early Sunday morning, according to police.

The San Jose Police Public Information Office reported on Twitte at 4:32 a.m. that officers were investigating an apparent homicide at Via Monte and Carlsbad Drives.

Police said at 3:45 a.m. officers were dispatched to a crash involving a vehicle that collided into a pole.

Upon further investigation, police said officers discovered an adult male that had been shot inside the vehicle.

The victim was pronounced dead at the scene and a suspect has not been identified, according to police.