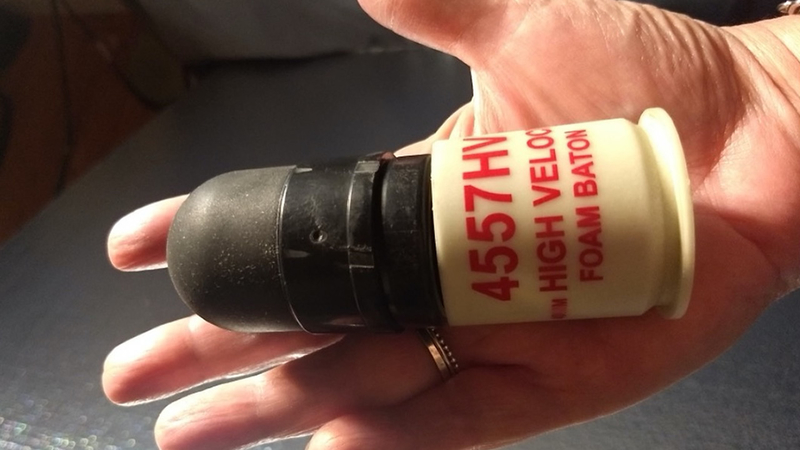 SFPD chief talks about use of rubber bullets

Effective immediately, Chief Eddie Garcia says rubber bullets can no longer be used as a method for crowd dispersal.

They can only be used when a person is actively attacking an officer or another person, or, if an armed person poses a threat to officers or other people, Garcia said.

Another modification to their guidelines is a direct response to the video of the Minneapolis officer who used his knee to choke George Floyd.

Chokeholds as a "control technique to overcome resistance" is already banned in SJPD's policy, but Chief Garcia is taking it a step further to make sure there are no questions about what is or isn't allowed.

"Given recent events, we are updating our policy language to clearly expressly prohibit chokeholds using any body part to apply pressure to the neck including the knee."

"Let's sit down together and figure out where our blind spots are, because ultimately in the end, the safety of this city and the safety of our officers is what's paramount," said Garcia. "As we look at what occurred, we're going to hold ourselves accountable. We're going to conduct more training and we will get better as a department."

"Let this be a watershed event where we once and for all conclude that there are levels of force that are unacceptable," said Woods.

The policy changes are backed by the San Jose Police Officers Association.

"We want to be with our community. We want to help our community, and to those who think we don't, it saddens me," said police union president Paul Kelly. "Don't give up on your police officers because at the beginning of the day we were there, and at the end of the day, we're still going to be there when the smoke clears."

You can read the full policy update from San Jose Police Department here:

Statement from Chief Garcia following the events of the past week and initial next steps pic.twitter.com/eEXL4nbJ5h