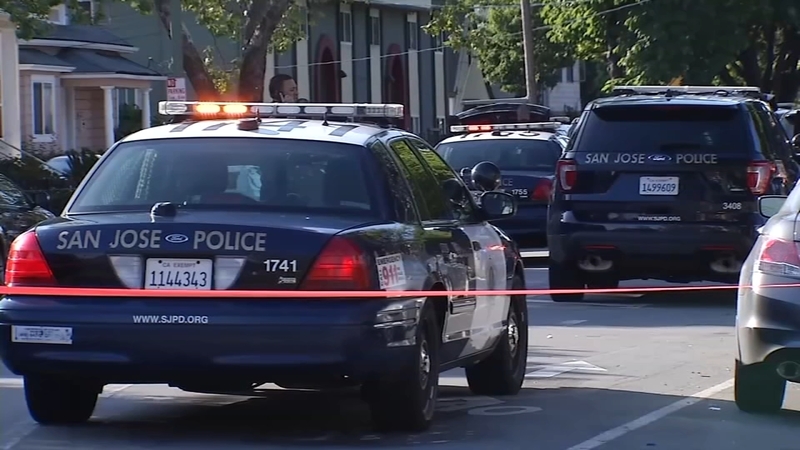 SAN JOSE, Calif. (KGO) -- The City of San Jose and the San Jose Police Department say they have had enough of police officers tarnishing the department's reputation and putting residents at risk.

SJPD officials say they hold their officers to the highest standard.

"When we took an oath, we did so because we believe in duty, honor and integrity," Chief Mata said. "Any officer that cannot stand behind that oath should not dawn this badge. I will not tolerate inappropriate behavior or criminal conduct."

Toxicology reports showed officer DeJon Packer died of fentanyl overdose. How this happened is still unclear, according to police.

Another officer is on leave after he was accused of sexual misconduct while on duty and it is still under investigation.

And just one week ago today, an officer showed up to the Brandon Cuellar kidnapping investigation drunk, he also remains on leave.

"To all who wear a uniform, wear a badge or represent this profession in an un-sullied manner, I apologize," Chief Mata said. "I also apologize to the family of three-month-old Brandon Cuellar."

He says the limited extent to test is controlled by a contract from the San Jose Police Officers Association set to expire in June.

The mayor wants broader testing to be part of the new contract negotiations.

"We've got plenty of challenges in the city and we need to do everything we can to ensure that we're addressing the very serious problems that our residents are encountering every day," Mayor Liccardo said. "We don't need to be creating more. So it's my intention to ensure that this never happens again."

SJPD says they have extensive mental health and substance abuse resources for officers and plan on expanding those programs as well as making them easier to access.