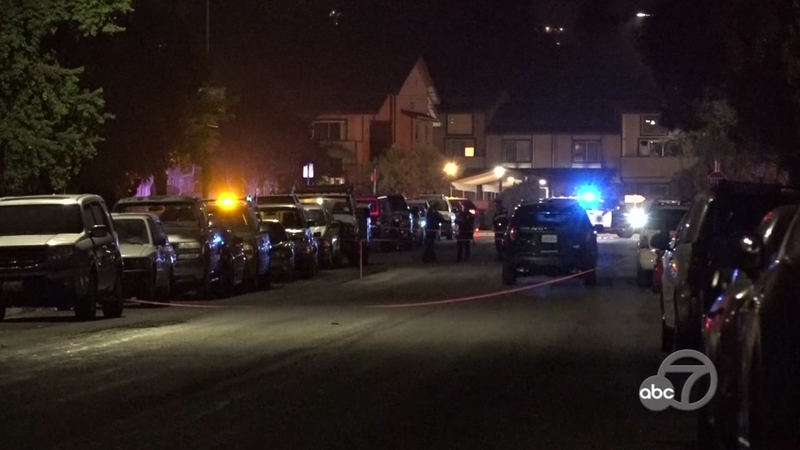 SAN JOSE (KGO) -- The San Jose Police Department is investigating a deadly shooting and stabbing that occurred overnight in the city, resulting in three deaths.

We are currently investigating a double homicide/shooting that occurred at the Nuevo Vallarta Restaurant located in the 100 block of S. Capitol Ave. 2 adult male victims. 3 others were shot and have non-life threatening injuries. pic.twitter.com/XOQaNnpXVh

The shooting occurred around 11:40 p.m. Friday at the Nuevo Vallarta Restaurant on the 100 block of S. Capitol Avenue in San Jose. Two men were killed in the shooting and three others were shot, suffering non-life threatening injuries, police said.

All injured victims are expected to survive, they said.

Hours later around 3:41 a.m., police responded to a deadly stabbing near Coyote Road and Delridge Drive in San Jose.


Police have released few details, but say the male victim was taken to a nearby hospital where he died.

Homicide #36. Shortly before 4am Officers responded to a stabbing incident in the area of Coyote Rd and Delridge Dr in the southern part of the city. An adult male victim was transported to a local hospital where he succumbed to his injury. pic.twitter.com/eWQ2sSCLez

Police said the area where the stabbing occurred is a "large crime scene" and that surrounding residential streets will be closed while police are on scene.
Police have not made any arrests in either crime and said the circumstances surrounding the stabbing and shooting are under investigation.

This is a large crime scene, several surrounding residential streets will be closed for several hours while we process the scene.

The victims have not been identified.

These incidents mark 36 homicides in San Jose this year, the police department said.

This night of violence in San Jose follows two shootings in San Francisco, which left two people dead and others injured.

Those shootings occurred on the 200 block of Schwerin Street and the 300 block of Hunter's Point Boulevard in San Francisco.