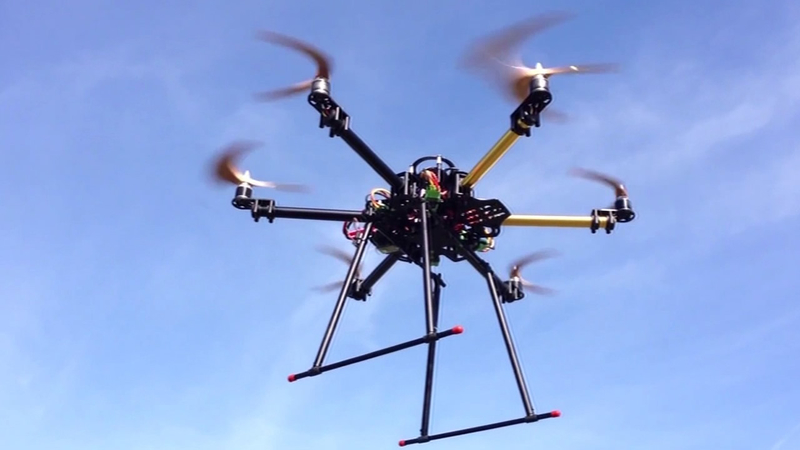 SAN JOSE, Calif. (KGO) -- The next time you see a drone flying over San Jose, it may be the police. The department has become the first Bay Area law enforcement agency to get one. And already, there are concerns over how it might be used.

The drone is not flying yet and it doesn't look like it's going to without a fight.

Online tech magazine Motherboard was able to make public the documents that show that San Jose police acquired the drone, called a Century Neo 660, and a GoPro camera in Jan. It cost about $7,000 and was paid for by a grant by the regional arm of the federal Homeland Security agency.

Because it was paid for with federal money, the San Jose Police Department will have to share it with 13 other law enforcement agencies including Oakland and San Francisco.

San Jose says they will only use the drone with the bomb squad to assess threats. They say it could possibly save the life of a bomb squad technician because the drone can go and assess the threat where a human cannot and should not. They typically use a robot, but police say a drone costs 95 percent less than.

There are advocates who are against the use of a drone by a police department. That includes the ACLU, who says the drone could be used for searches and surveillance that are not authorized.

"The San Jose Police Department never should never have even sought funding for a drone without a robust public debate and city council approval," said the ACLU in a statement.

San Jose police are not yet flying the drone. They say they're still drafting policies on how it will be used and it has not yet applied for a permit for the FAA.