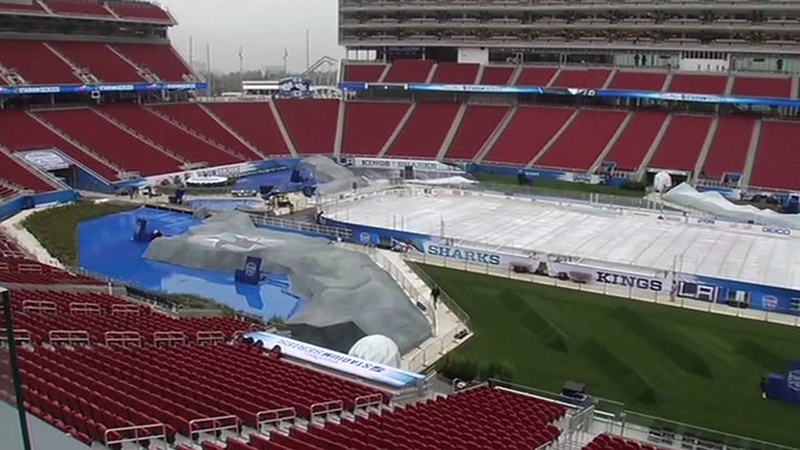 SANTA CLARA, Calif. (KGO) -- Crews are busy making final preparations for a most unusual event at Levi's Stadium -- an ice hockey game in the middle of a field normally used for football. The game is expected to be officially sold out by Friday afternoon. That means about 70,000 people will pack inside the Santa Clara venue for one of the biggest hockey games ever, west of the Mississippi.

The gridiron is awfully cold at the home of the San Francisco 49ers. The rink is ready for Saturday night's NHL Stadium Series matchup between the San Jose Sharks and the Los Angeles Kings.

The hockey game will bring the high speed action. But off the ice, there's a real laid back Northern California vibe with green grass, mountain tops, and even an ocean.

Melissa Etheridge and John Fogerty will be entertaining the crowd on a stage during the intermissions. 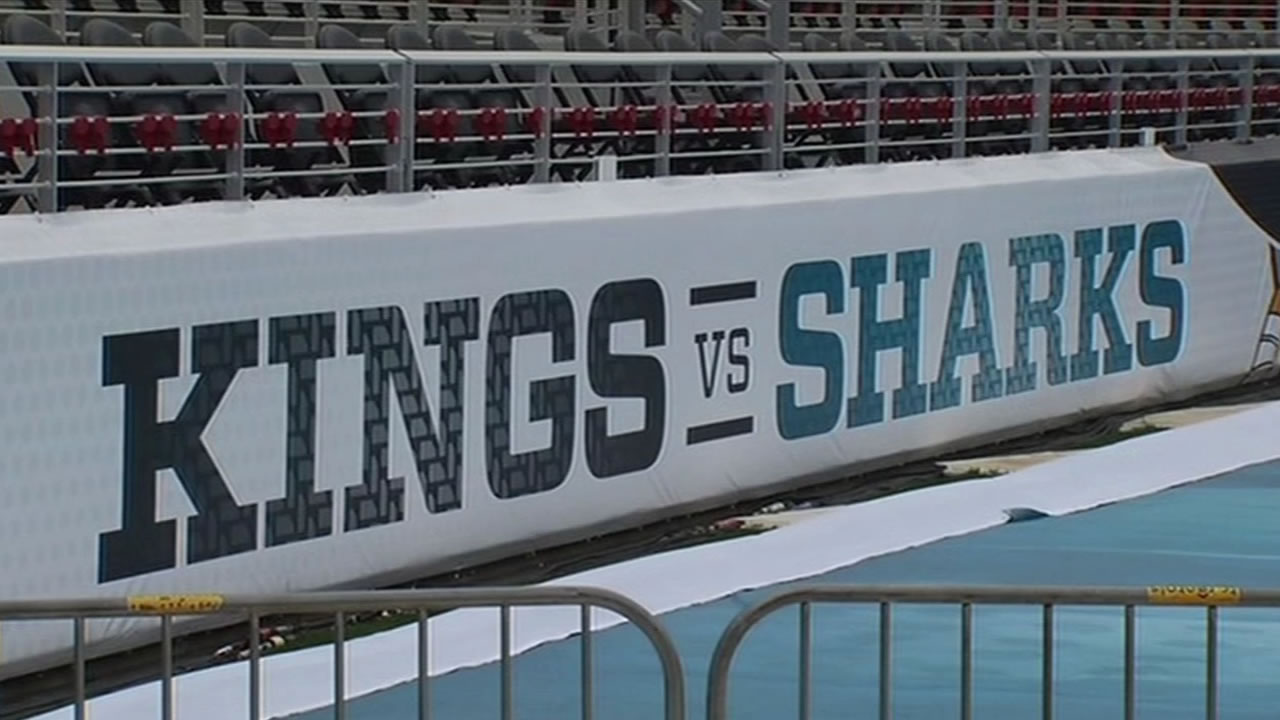 It will be a hockey night like no other. Not just for the 70,000 or so fans, but also for the teams.

"Every time you talk to a coach or player before or after the fact, they just love it," said NHL Senior Vice President of Hockey Operations Kris King. "Many of them, you hope they say the right things, but you don't have to prod them because it's an experience they never forget."

At Levi's Stadium, the Sharks have taken a bite out of the 49ers' locker room. And in a sea of red inside the 49ers team store, there's a big wave of teal.

The NHL is selling Sharks gear as well as the NHL Stadium Series jerseys the players will be wearing on Saturday night.

The hockey league is making sure its fans can get some souvenirs, memories, and hopefully a good game.

"When you have the ability to play in a stadium like this, in this kind of weather, and this time of year, it's something pretty memorable," King said. "And for the most part, the games have been great. For us as a league, it's something that we envision would be good but we never thought that it'd be this good."