SAN JOSE, Calif. -- At the SAP Center in San Jose, Calif. Sharks hockey fans can expect two things when getting their game day food, local and over the top. Sounds like Localish to us.

But there is nothing more "over the top" than the new over the top milkshake sold at the Sharks Boardwalk vendor at the San Jose Sharks games.

"I'm originally from Houston, Texas and founded it at a county fair there," Brian Tuscano, SAP Center food and beverage general manager said. "There are 42 regular season home games and all of our fans come to every single one of those."

The milkshake comes in two flavors: vanilla and chocolate.

Basically anything sweet thing you can think of, its in one place.

RELATED: Can you take down 4 pounds of pho-nomenal pho at this San Jose restaurant?

"Part of my favorite thing to do when searching for new foods is to go to carnivals and county fairs to find the coolest and most over the top items," Tuscano said. "It's a cool stadium idea. It's a very social media, Instagramable moment. So we brought it in. People love it and people want to add alcohol to it. Fans love it."

The milkshake is just one of the many changes that the SAP Center made to their food and beverage choices for the 2019-2020 Sharks season.

Fans had been calling for change and Tuscano and company delivered.

"I always tell people I have the coolest job in the building," Tuscano said. "I get to go out across the Bay Area, find the coolest trends, newest restaurants, coolest cocktails and bring them into the SAP Center. Fans eat here 42 times a year so you get sick of eating the same thing over and over and over. So that was part of the local concept of bringing local into us to make SAP Center food beverage destination. So they would eat here and then be in their seats by the time puck drops."

They were both fans of the treat as it was something that neither had ever seen before.

"Not when it comes to milkshakes," Murray said. "But personality-wise, I've been a little over the top sometimes. I can resonate with this absolutely. It's absolutely delicious. If I'm going for a dessert around here, this is where I go."

The milkshake is a special dessert Murray told Dustin.

It's actually a favorite treat for hockey players across the league.

"You can always put the straw right between your missing tooth," Murray said. "Hockey player approved."

The over the top milkshakes have been a very popular item for fans attending games, Tuscano said.

While they are always looking for new changes, they anticipate this fan favorite will stick around.

"It's an amazing feeling to walk around on a game day and see people eating and talking," Tuscano said. "When you walk around the concourse with this milkshake you see people coming up asking, 'hey, where did you get that? Where can I get this?' So it's a great feeling." 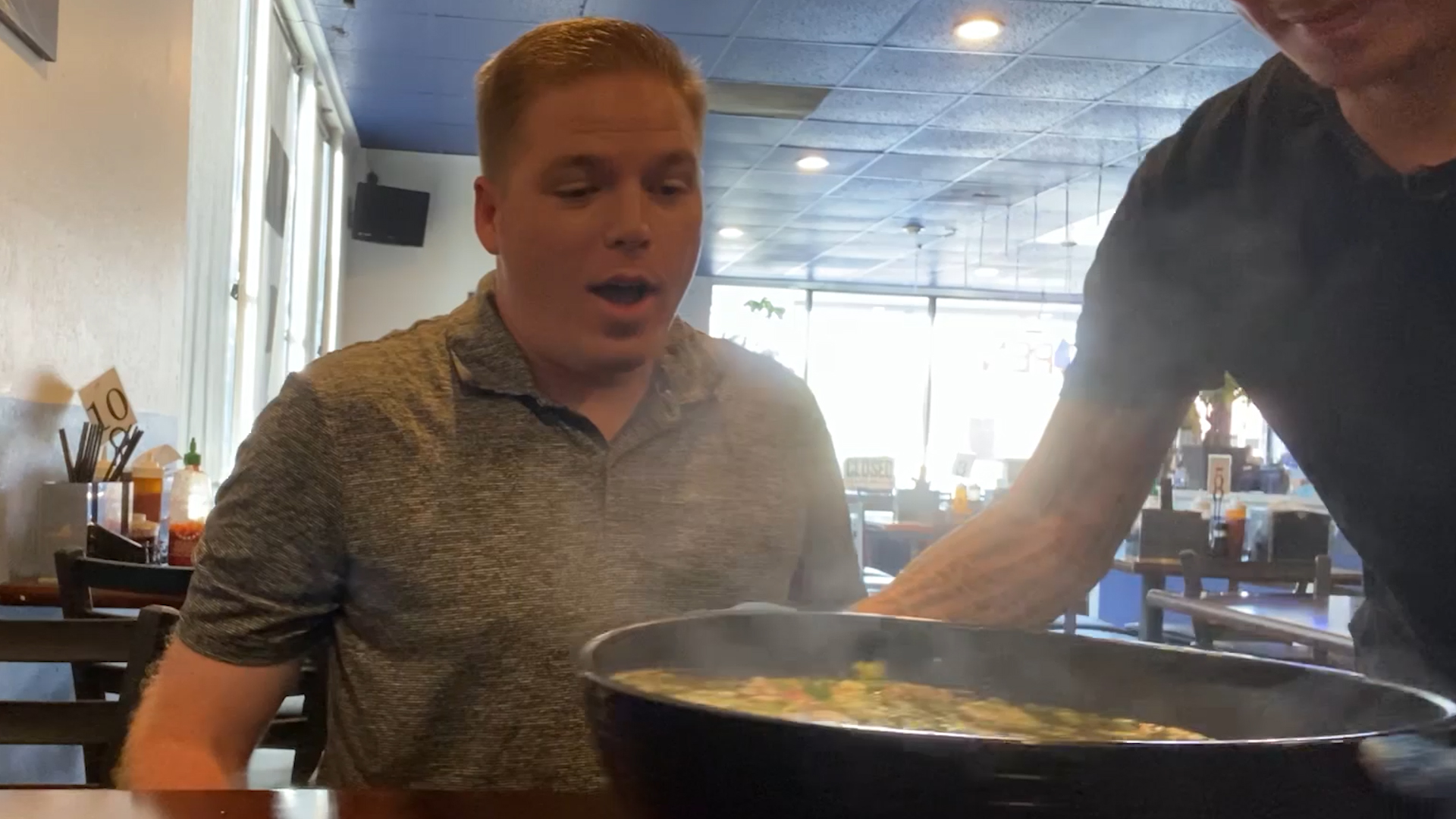 Can you take down 4 pounds of pho-nomenal pho at this San Jose restaurant?