San Jose mass shooting: These are the 9 victims of the VTA attack 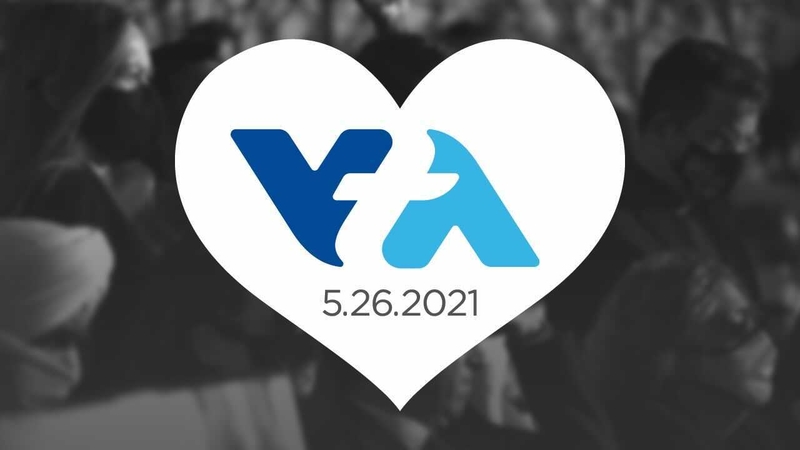 We will not forget: Tribute to victims of VTA mass shooting

SAN JOSE, Calif. (KGO) -- Nine people were killed in the mass shooting at the VTA rail yard in San Jose on Wednesday, May 26, 2021, all of them employees of the transit agency. We're learning more about the victims from the loved ones and coworkers they left behind.

The ninth shooting victim died in the hospital around 11:30 p.m. the night of the shooting.

"We are all grieving," said VTA board chair Glenn Hendricks, before paying tribute to each of the victims at a press conference Thursday.

Singh lived in Union City with his wife and two kids. He started at VTA in 2014 as a bus operator trainee and later became a light rail operator. He is being hailed as a hero for helping coworkers hide during the shooting.

"A woman told me that he pushed her and closed the door. He went to save other people. He was running in the building to tell the people, 'Hey, be careful there's a shooting,'" said Sukhwent Dhillon, Singh's uncle.

"Him letting us know and us making the call to go away from where he was based on the information he gave us, it definitely saved our lives and our coworkers' lives," said VTA employee Gurvinder Singh.

A GoFundMe page has been set up to support Singh's wife and two young children.

Lane had worked at VTA since 2001. He worked as an electro-mechanic and then became an overhead line worker.

His wife, Vicki, told ABC7 News they were set to celebrate his birthday this weekend.

The couple had been married for over two decades and had plans to retire next year. Lane leaves behind four children and many memories.

"Just remember his sense of humor. His love for his friends and his family. Everybody respected him. He was extremely smart. He was an intelligent man. If he didn't know how to do something he can figure it out," she said.

A GoFundMe page has been set up to help with burial and funeral costs. 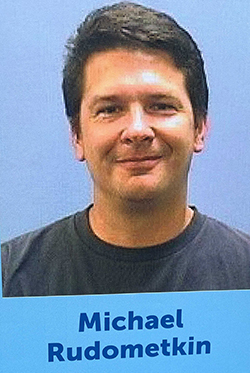 San Jose councilmember Raul Peralez identified his longtime friend Michael Rudometkin as one of the victims of Wednesday's shooting. He started at VTA in 2013 as a mechanic. He later became an electro-mechanic and eventually an overhead line worker.

"Personally my heart is broken and honestly it's going to take a lot of time not for me, but for all of us, to be able to heal," Peralez said.

A GoFundMe page has been set up to support his family. 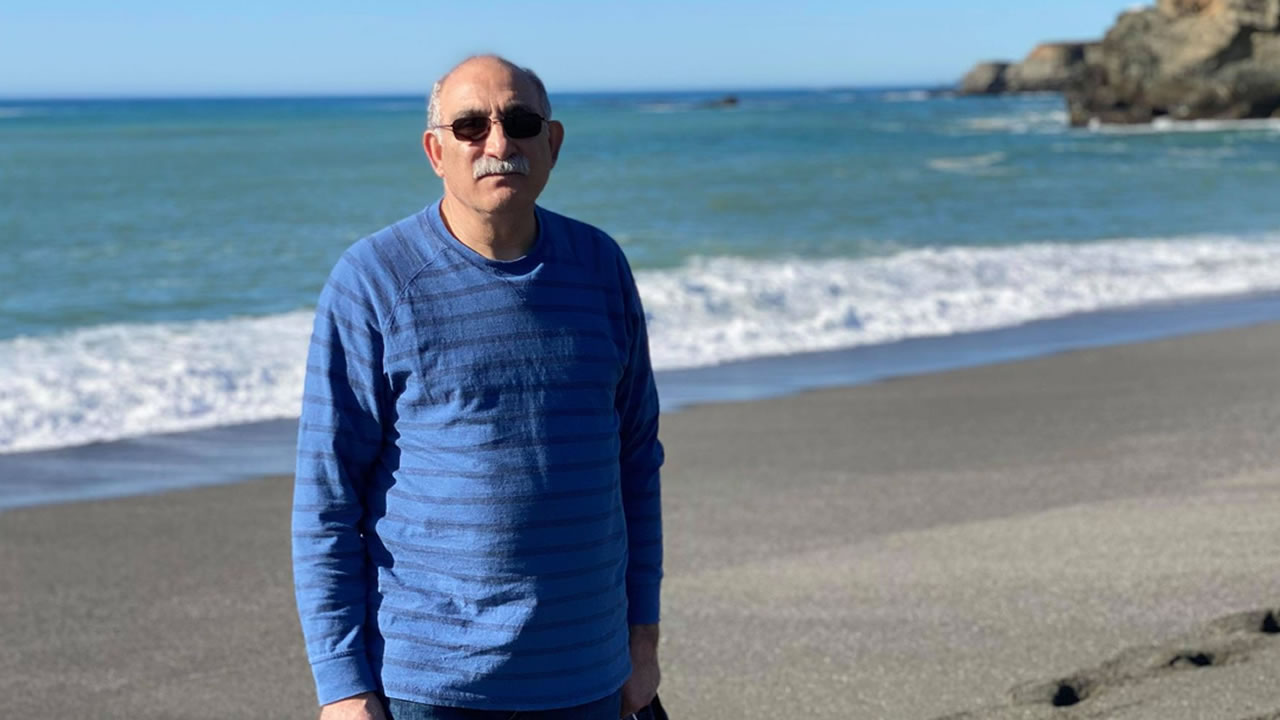 One of the VTA shooting victims, Abdolvahab Alaghmandan, is pictured in the undated photo.

Alaghmandan worked for VTA for 20 years as a substation maintainer. He was an immigrant from Iran who came to the U.S. following the Iranian Revolution, his nephew Siavash Alaghmandan Motlagh said.

"He was a no nonsense guy, he had a great work ethic and worked really hard to have the things he did. He was a guy who made everyone happy. He had an unmatched sense of humor and was effortlessly witty. Not to mention he was so crafty he could build anything. I looked up to him in so many ways," Motlagh wrote on GoFundMe.

Alaghmandan, who lived in Castro Valley, left behind his wife and two adult children.

You can donate to support his family here.

Today we are learning more about the 9th victim of the VTA mass shooting, Alex Fritch. His widow spoke to ABC7 News about their last moments together.

Fritch worked as a substation maintainer for VTA. He was rushed to the hospital in critical condition after the mass shooting at the VTA rail yard, but died Wednesday night as a result of his injuries next to his wife Terra Fritch.

"He moved his wrist and grabbed my hand," said Terra in an interview with ABC7 News. "He had tears coming out of both of his eyes and I felt him pass. I literally felt it. He didn't want to leave. He wanted to be here with me."

Fritch loved to ride dirt bikes and it was one of the first things that brought he and Terra together.

"When we met and I told him I ride dirt bikes he asked me, 'Where do you ride?'" Terra said, recalling that he was testing her. "Because depending on your answer it meant that you rode or you pretended that you rode."

Fritch also was a huge Tiki bar fan, constructing one himself in their home.

"He named it Fred and Ginger Exotic Rum and Cocktail Bar," said Terra. "He put in every single nail, every single screw. This was his labor of love. This is where I feel the closest to him. I'm just so thankful that I have it because he really, really loved this bar."

A GoFundMe page has been set up to support his family and fund a memorial.

Megia started work at VTA in 2002. He worked his way up to the role of assistant superintendent of service management. He was described by Naunihal Singh, superintendent of the light rail yard, as "always willing to help his employees."

"Sometimes my demands could be unreasonable," said Singh. "But Paul always accepted with a smile."

Lorenzo Rodriguez had been friends with Megia for 15 years. He said Megia loved his family and had a passion for the outdoors.

"This whole thing is a nightmare. I was kind of hoping that at least he would call me back or text but that never happened," said Rodriguez.

"I just want people to remember him as a very good guy, a good man. He has a big heart."

A GoFundMe page has been set up to support Megia's family and children.

Less than a mile away from the site of the 2019 Gilroy Garlic Festival mass shooting, lived 29-year-old Adrian Balleza. He was a father, husband, loved one and friend.

Less than a mile away from the site of the 2019 Gilroy Garlic Festival mass shooting, lived 29-year-old Adrian Balleza. He was a father, husband, loved one and friend.

Balleza's neighbor, Beatrice Trotter, said she texted him after learning the news of the shooting, with no response. Balleza, his wife and his child visited the Trotter household often throughout their year-plus of living in the neighborhood for chats and a swim in the pool.

"I know that he was a Christian guy," Trotter said. "He loved his family, he loved his community and he was a people person. He loved his job and he loved meeting the people on the bus and just taking care of his customers. Whether it was just having conversations or providing support, mental health support to his riders. My heart goes out to his family and all the victims' families. Just know God and know that he left this earth being a good person."

"Adrian was loved and he will be remembered as and we can continue his legacy by being love," said his cousin Viviana Balleza.

His brother, Juan Balleza, also worked with him at VTA. He said Adrian called him to warn him of a shooter at the rail yard before rushing into a hallway and preventing the shooter from entering a room with more people in it.

Balleza started as a bus operator trainee in 2014. He later worked as maintenance worker and light rail operator.

A GoFundMe page has been set up to support Balleza's wife and two-year-old son. 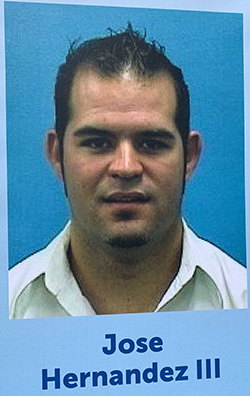 Hernandez III started at VTA in 2012 as a transit mechanic. He later became an electro-mechanic and substation maintainer.

"A wonderful young man really willing to help everybody or anybody and really full of life, enjoyed life," recalled his father. He was visiting relatives in Mexico when he heard the news.

A GoFundMe has been set up to support Hernandez's family.

Romo worked as an overhead line worker for VTA for more than 20 years. Neighbors told ABC7 News that Romo recently became a grandparent and that he was always very friendly with his neighbors.

Romo worked as an overhead line worker for VTA for more than 20 years. Neighbors told ABC7 News that Romo recently became a grandparent and that he was always very friendly with his neighbors.

"He'd had that voice, that big voice, you could always hear him, you know, Oh, Tim's home," recalled Jay Martin. He said they would chat about their shared interest in motorhomes and that Romo was looking forward to spending time with his family.

"We'd talk about places we been and that we want to go. and see around here.You know he was always very outgoing."

A GoFundMe page has been set up to support Romo's wife and family.

Working Partnerships USA has set up a fund to help support the victims and their families of this tragic event. Head to this link to find out more information on how to donate.