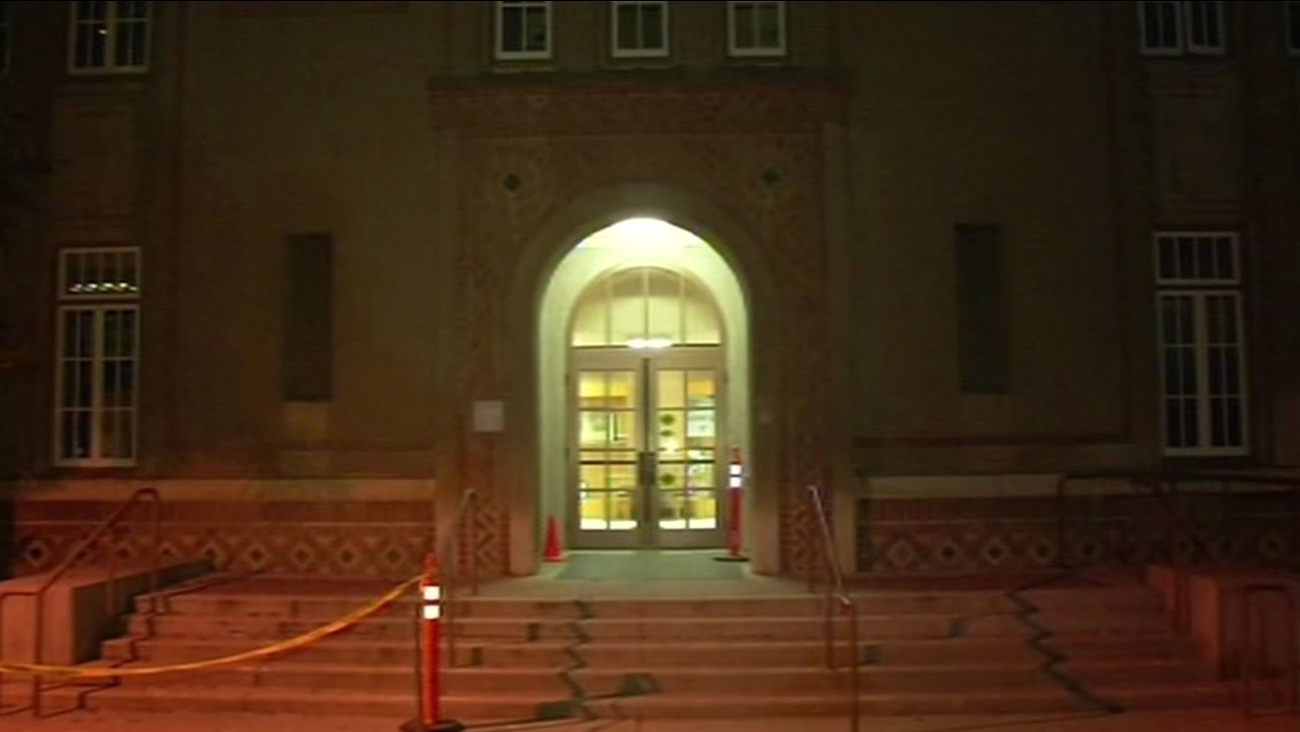 SAN JOSE, Calif. (KGO) -- The hall housing San Jose State University's School of Journalism and Mass Communications will be closed Monday and Tuesday so that crews can repair walls damaged by water, a university spokeswoman said.

Students set to attend their first classes in Dwight Bentel Hall on Monday, the first day of SJSU's fall semester, are being redirected to Student Union Ballroom A for Monday classes and Ballroom B on Tuesday, SJSU spokeswoman Pat Lopes Harris said.

Last Tuesday, construction crews refurbishing the interior of the east wing of Bentel Hall noticed water damage to walls in the corridor, restrooms, some offices and other hallways, according to Harris. The crews determined the damage was caused by a leak inside the steam distribution system that runs beneath the building, university officials said.

Staff from the university's Environmental Health and Safety department sealed off the area with plastic sheets out of concern that the buildup of moisture could cause people to suffer respiratory problems, Harris said. "The building was closed out of an abundance of caution," she said.

Construction employees removed building materials from the affected parts of the century-old building and installed fans and dehumidifiers to get rid of excess moisture, Harris said. She said she was not sure if mold had been found and removed by work crews.

University officials at first thought the job would be finished in time for the first day of classes today, but it took longer than expected, according to Harris.

Officials hope to have classes resume in the hall by Wednesday but that is still up in the air as crews assess the extent of needed repairs, she said. "We will learn more [Tuesday]," Harris said.

The east wing of Bentel Hall, where the damage was found, is mostly made up of faculty offices while the classrooms for the journalism and mass communications school are in the west wing, according to Harris. Work crews spent the summer renovating the historic building, named after Dwight Bentel, the founder of SJSU's journalism program, university officials said.