The city matched a two-decade high in roadway deaths Monday, after a person was killed while walking across McKee Road near I-680.
KGO
By Amanda del Castillo 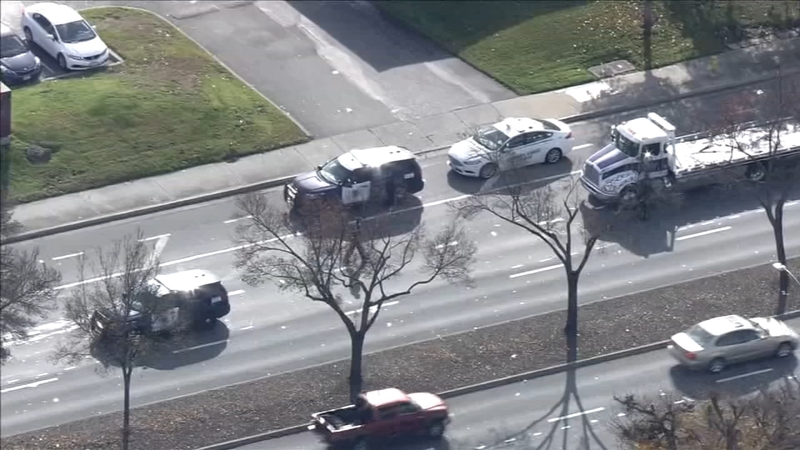 SAN JOSE, Calif. (KGO) -- There is growing concern in the South Bay, as traffic deaths in San Jose near record levels. The city matched a two-decade high in roadway deaths on Monday, after a person was killed while walking across McKee Road near I-680.

With less than two weeks until 2022, the city is approaching a record it does not want to achieve: the most traffic deaths in one year.

"At the beginning of 2020. In January, we published our Vision Zero action plan that outlines much more concrete steps that we are taking as a department to try to reduce the number of fatal and severe injury crashes," he explained. "That includes the things that we typically do best as a DOT, which is engineering, changing the roads to slow down traffic and make them safer."

Additionally, Heyne said the city is also pursuing an outreach and education campaign.

Research is showing that a spike in traffic fatalities is being linked to speeding, according to Heyne.

"We see that speeding in the last year or so accounted for 31% of these fatal traffic crashes," he detailed.

He said, "We're really focusing our efforts on bringing down speeds, on improving the visibility of pedestrians walking around, making it more evident where they should and should not cross the street."

For Felipa Pineda, the push for roadway improvements is deeply personal.

"Any hit and run that I hear about, it just takes my breath away," Pineda told ABC7 News. "Because it just brings back memories. It just reminds me of my daughter."

Her daughter Vanessa, a mother of five, was in her wheelchair and in the crosswalk at Monterey Road and Curtner Avenue when she was hit and left for dead. Since the crash in April, her family turned to city leaders and demanded improvements, like fencing and more at the problem intersection.

These are measures the city has since approved.

"It's not fast enough," Pineda's partner, Manny Ortega said. "For me, it's not. Because after the awareness that we brought, there were six more hit and runs."

In a statement addressing the subject, San Jose PD said, "We will keep working with city agencies to minimize traffic deaths and look for solutions to prevent these tragic collisions. One death on our city streets is one too many."

Heyne shared, "We can engineer roads better, we can build new projects, we can do educational campaigns, but we can't get into the minds of people who are driving their cars in our city, and have them make better choices. And that's really what a lot of this boils down to."

ABC7 News asked Heyne, "At this point, if even one more pedestrian death occurs, is that a new record for San Jose?"

He replied, "That'll be a new record in modern history."

Families impacted by traffic fatalities remind the hurt goes beyond any one incident or intersection.

"It's hard for a parent to lose a child," Pineda said through tears. "And my heart goes out to them. And... you are not alone. You're not alone."