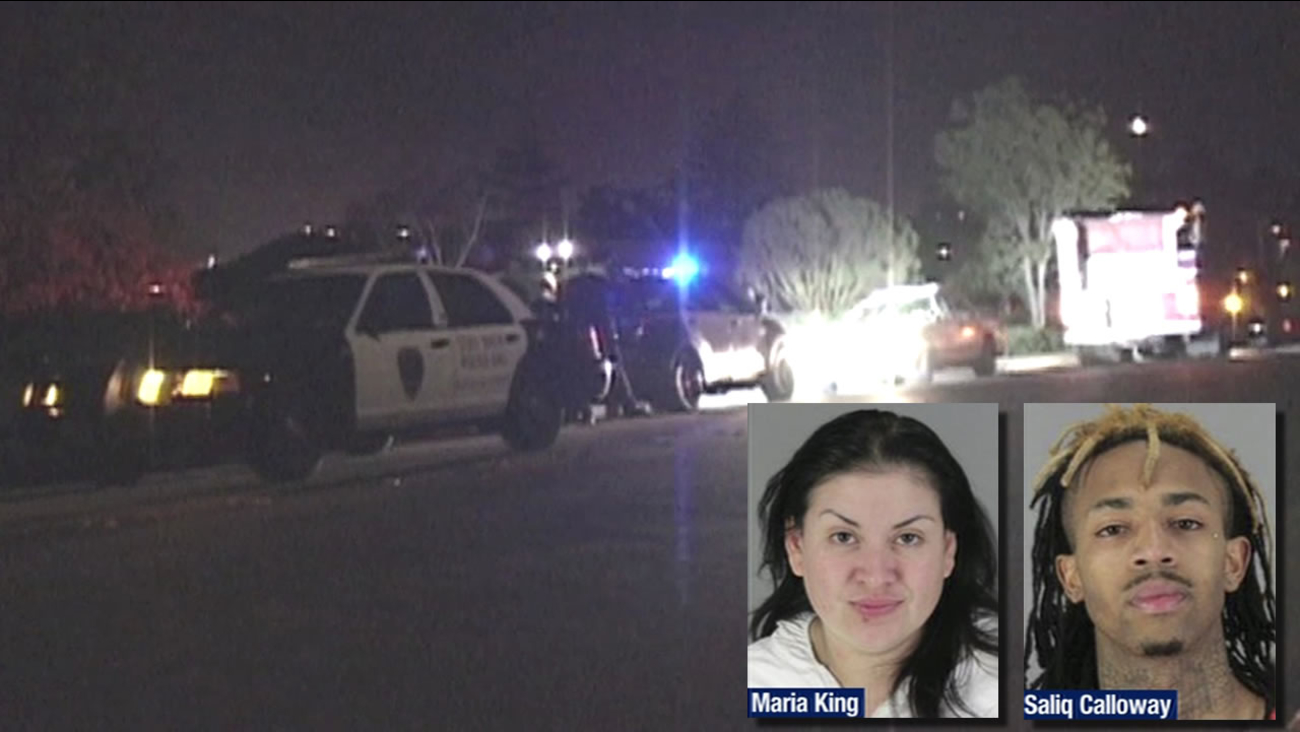 Maria King, 31, and Saliq Calloway, 22, are accused of breaking into a San Mateo home. They were arrested in January 2016. (KGO-TV)

SAN MATEO, Calif. (KGO) -- Two burglary suspects are under arrest. Both are accused of breaking into a San Mateo home. Maria King, 31, and Saliq Calloway, 22, were arrested separately.

The break-in happened near West Hillsdale Boulevard and Greenoak Court.

Police say King tried running down an officer and his police dog with a car, during her escape attempt.

The officer shot at the vehicle, but did not hit anyone.

King was arrested at the scene. Her accomplice, Calloway, was later arrested in San Bruno.

King will also be charged with trying to murder a police officer.