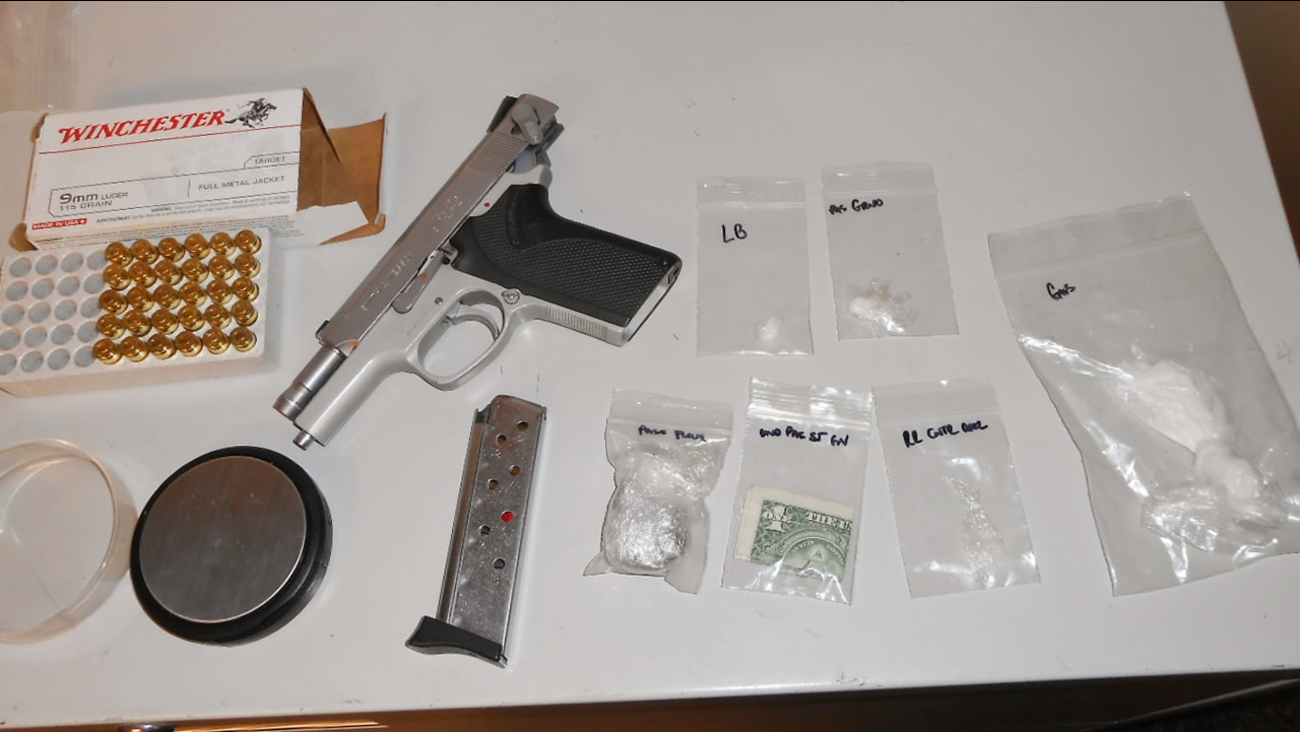 SAN MATEO COUNTY, Calif. (KGO) -- A 19-year-old Moss Beach man was arrested Friday during a traffic stop in connection with narcotics and firearms, according to the San Mateo County Sheriff's Office.

Giovanni Hernandez, 19, was arrested on suspicion of possession of a loaded and unregistered firearm inside a vehicle and possession of methamphetamine, according to deputies.

At 6:18 p.m. Friday, detectives from the San Mateo County Sheriff's Office Crime Suppression Unit conducted a traffic stop on a Honda Accord occupied by four people.

During the stop, detectives observed an open container of alcohol and a baggie of marijuana in plain view, deputies said.