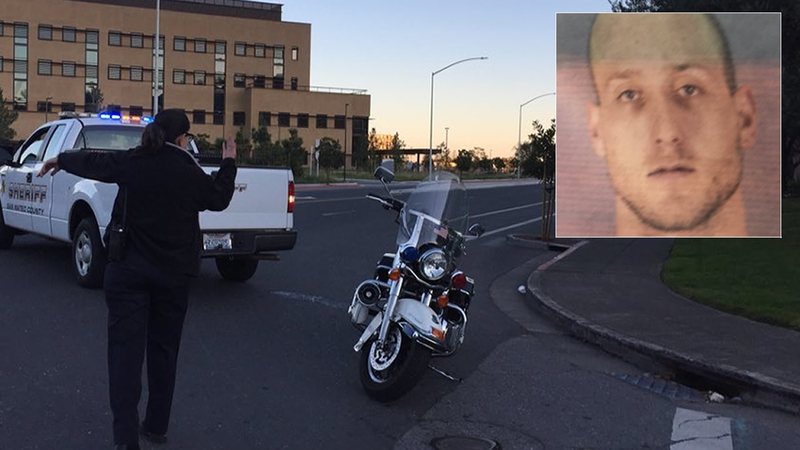 But a search Saturday evening for the homicide suspect inside a San Carlos medical clinic ended and the suspect was not found, a San Mateo County Sheriff's Office spokesman said.

Earlier, San Mateo police officers responded to the 1500 block of S. B. Street for a reported stabbing around noon on Saturday.

The victim was a 34-year-old female. She was found critically injured inside her home with visible stab wounds.

Officers and SMFD paramedics performed immediate lifesaving efforts, but the victim died at the scene.

The victim's boyfriend, Kirincic, was gone from the scene by the time police arrived on scene. Kirincic is believed to have fled the immediate area of the crime.

Police immediately set out in search of the suspect and were advised that the suspect's vehicle was located unoccupied in a parking structure in the area of Holly St. and Industrial Ave. in San Carlos, which is near a medical facility.

Law enforcement officers evacuated the clinic and conducted a room-to-room search for the suspect.

JUST IN: Police shut down streets in San Carlos near medical facility on Industrial Rd. in search for suspect. pic.twitter.com/lfzk00f09q

Police are working with the sheriff's department on the search related to the suspect vehicle in San Carlos. Sheriff's officials consider Kirincic armed and dangerous.

The California Highway Patrol, Belmont police and San Mateo police are also involved in the search.

Police said this stabbing was the result of domestic violence and it's not the first time they've been to the San Mateo house.

"At that particular address, that we're working that homicide investigation, we've been to a number of times for domestic violence related cases," San Mateo Police Capt. Dave Norris said.