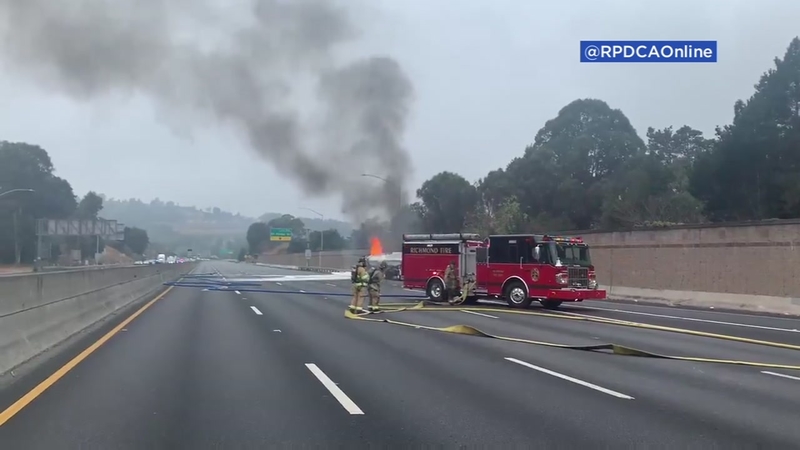 RICHMOND, Calif. -- One westbound lane of Interstate Highway 80 in Richmond reopened to traffic shortly before 8 p.m. Saturday and a shelter-in-place was lifted earlier following a tanker-truck fire in the morning, CHP and police said.

The blaze was reported shortly before 11 a.m., when flames were seen coming from the engine compartment of the double-tanker on westbound I-80 near Hilltop Drive, according to the California Highway Patrol.

Both directions of the freeway were closed and a Sig-alert was issued.

An earlier evacuation order was lifted, but a shelter-in-place remains in effect from Hilltop Drive to Rollingwood Drive, and from I-80 to Shane Drive, Richmond officials said in an alert.

Residents can return home and are asked to go inside, and close all windows and doors.