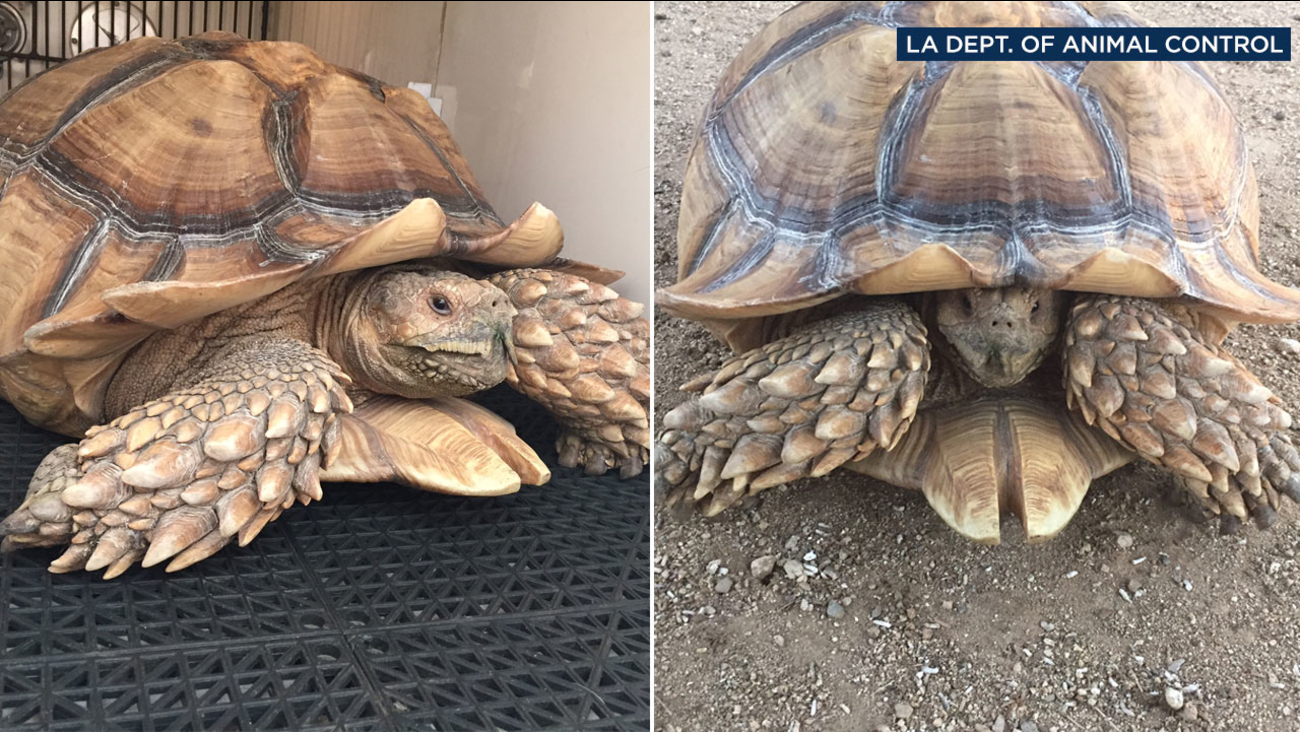 SANTA CLARITA, Calif. -- A tortoise trying to escape the Sand Fire in Santa Clarita was found along the street, fleeing as quickly as he could.

Officials with the County of Los Angeles Department of Animal Care and Control picked up the tortoise, which weighs about 75 pounds.

They took him to Castaic Animal Care Center.

So if you are missing your pet tortoise, we're told he's resting comfortably at the care center.