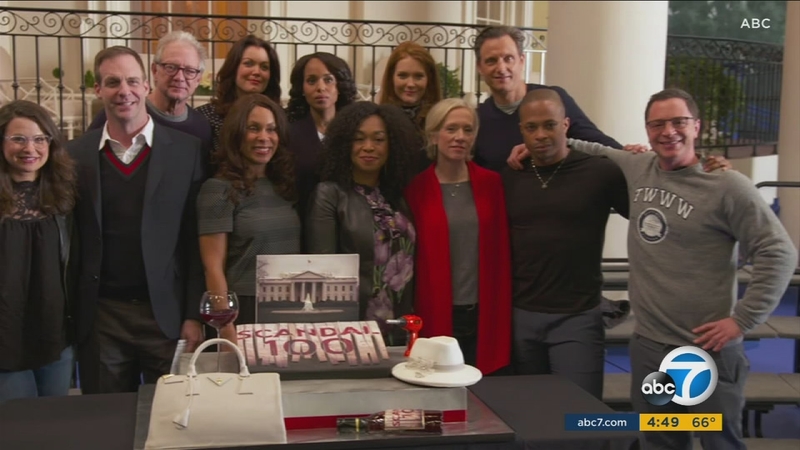 LOS ANGELES -- Thursday nights have not been the same since April 5, 2012, the day audiences first met Olivia Pope and her gladiators in the drama series "Scandal."

After six seasons and 100 episodes, the show's cast is celebrating TGIT during a red carpet special event in Los Angeles.

"I'm so filled with gratitude because it's so rare in this business," actress Kerry Washington said.

"Scandal" has pushed the envelope of prime-time television since its debut, by being one of the first to utilize social media to connect directly with fans.

"We live tweet every single week," Washington said, "The fact that we have a community of gladiators that watched the show and feels like they're part of something. They know that they're in this community with us and I think that's one of the reasons why we're still around."

To celebrate the milestone, creator Shonda Rhimes imagined a special episode that asks the question 'What if?'

"The fact that the episode plays out in such a way (that) it ties really well with the current storyline so that the ending is going to be extremely satisfying for the viewers," actor Scott Foley said. "There will be jaws on the floor but it will also be a, 'Yes!'"

Though the show's stars said to prepare for certain viewer fantasies to be fulfilled, they kept quiet on the specifics of what to expect.

"I think it will be a satisfying episode," Rhimes shared, "I can confirm that the fans will be satisfied in many ways."