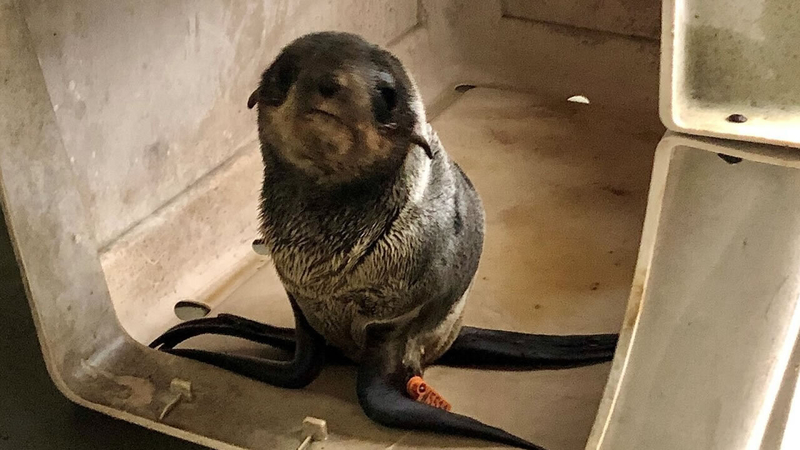 SAN RAFAEL; Calif. -- A Northern fur seal pup was rescued from a San Rafael roadway over the weekend.

The seal pup, dubbed "Ivy," was first spotted in the area of East Francisco Boulevard and Grange way and was reported as an otter.

According to the San Rafael Police Department, the seal pup flapped its way across the roadway and narrowly missed being hit by oncoming cars.

The Marine Mammal Center in Sausalito took in Ivy for examination and will care for her until she is ready to return to the ocean.

It is still unknown how the seal pup made its way to the roadway in San Rafael.

Typically, they are found hundred of miles off the coast.

According to the Marine Mammal Center, the seals come to the shore to breed or if they are ill.

RELATED: Dozens of animals rescued after over 70 dogs, 25 cats found on Danville property

Northern fur seals are an endangered species and are protected under the Marine Mammal Protection Act.