The family of a missing San Francisco man named Dan Ha traveled from Canada to join in the search for him.

SAN FRANCISCO (KGO) -- The family of a missing San Francisco man traveled from Canada to join in the search for him.

Dan Ha, 26, was last seen leaving his South of Market apartment on Halloween.

His parents are devastated and are staying in their son's apartment hoping they find something in there that offers them a clue where he might be.

Friends have posted thousands of flyers offering a $500 reward for information that helps find him.

"I miss him so much. Please help us to find Daniel," mother Ruth Ha said.

Ruth sobbed as she held on tight to a family photo. She's heartbroken her 26-year-old son has not been found.

Dan has been missing since October 31 and was last seen near his apartment on Brannan and Fourth streets in San Francisco's SoMa neighborhood.

Dan's parents drove 17 hours from British Columbia to help find him. "This is a big loss to us, to our family," Kenneth Ha said.

His brothers flew in from Boston and New York. "There's really no reason for Dan to have disappeared all of a sudden. He has no history of mental illness of anything of that nature," Joseph Ha said.

His father Kenneth who is also a reverend at a Mennonite Church says he just spoke with Dan on the phone Thursday. His son had a migraine, a health issue he deals with from time to time. "He asked me for a prayer and I prayed for him and tell him that just relax," Kenneth said.

The next day, Dan called in sick from his job as an IOS developer at a startup called Metromile in SoMa.

Dan left his apartment that night with only his wallet and has not returned. His parents say if he was really sick, he would never wander off and would stay in bed.

Friends and co-workers are desperate to find him. They printed 3,000 flyers posting them on just about every pole, wall and business window they could find. 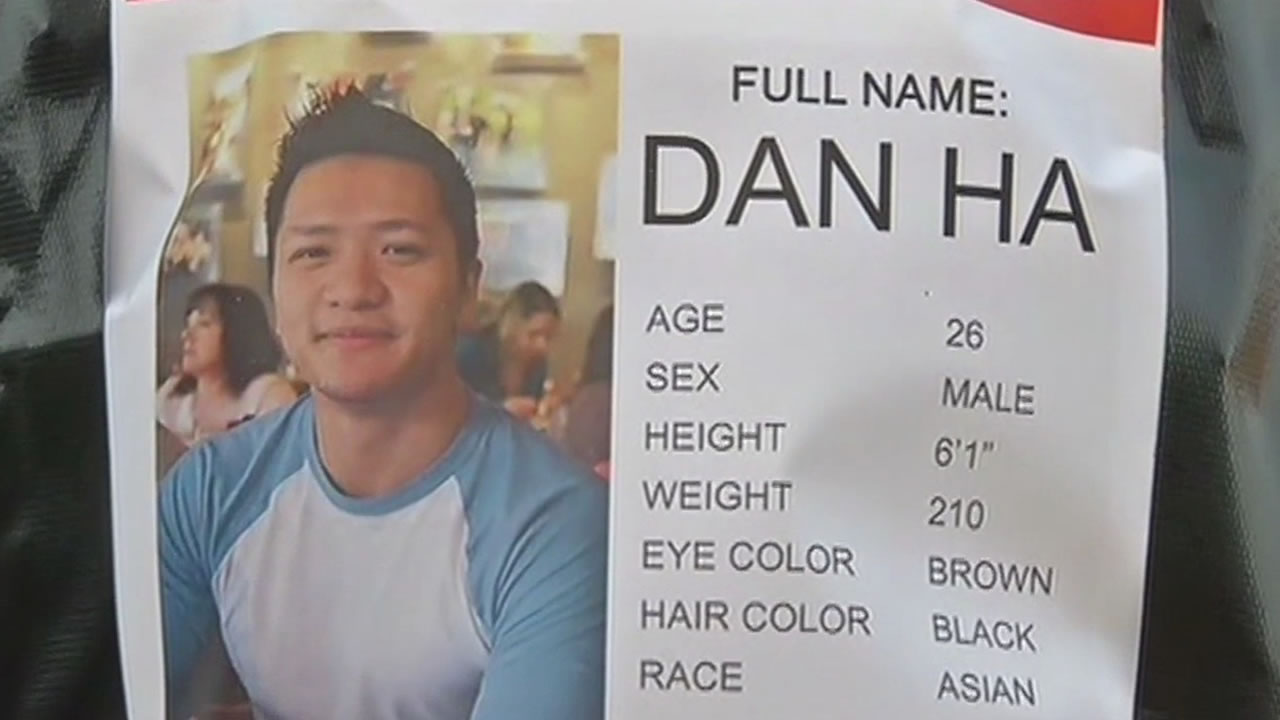