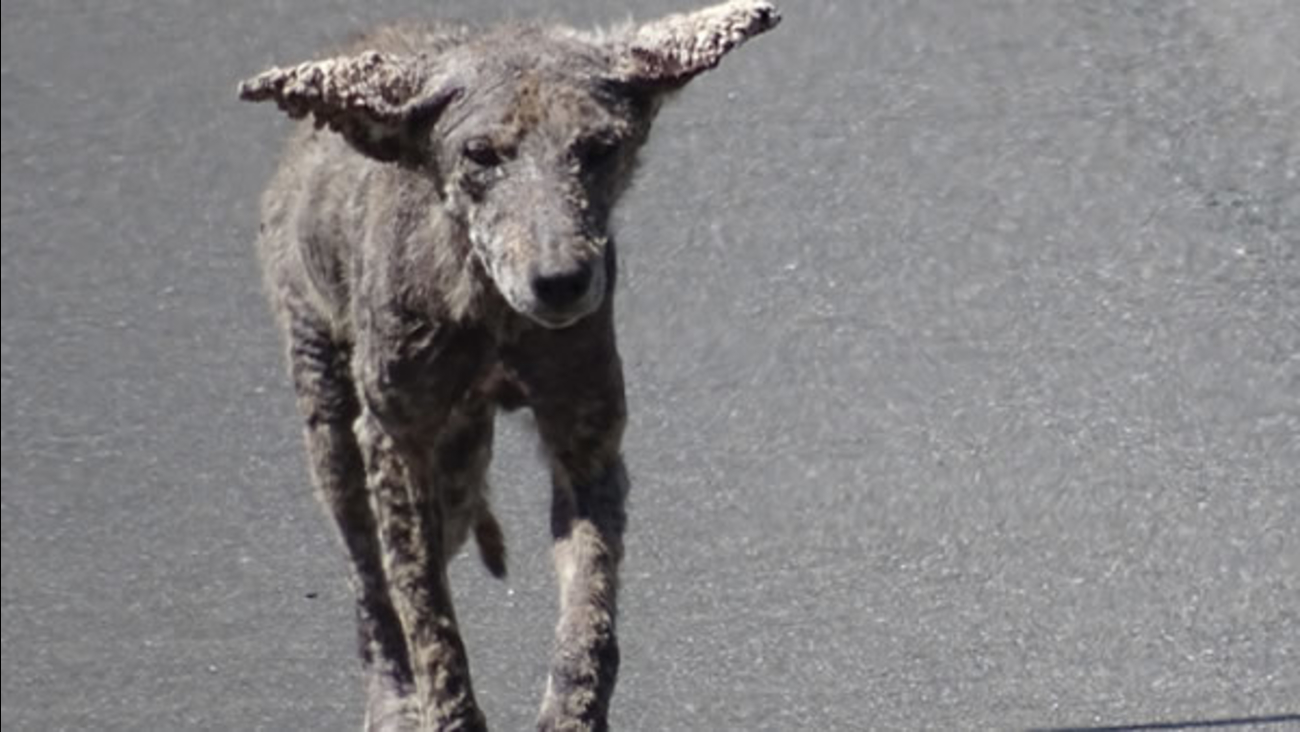 A coyote spotted in Danville, Calif. suffering from a severe case of mange is seen in this undated image. (Photo submitted to KGO-TV by Town of Danville and Emergency Wildlife Services)

DANVILLE, Calif. -- A coyote spotted in Danville suffering from a severe case of mange has been fatally struck by a car, Wildlife Emergency Services said in a
statement.

Animal control officers and U.S. Fish and Wildlife Service personnel had been aware of the sick animal ever since it was first reported roaming Danville's residential neighborhoods Aug. 19.

WATCH VIDEO: Search on for sick coyote in Danville

Members of the public were advised not to provide the coyote with food or water to discourage it from staying around.

Rebecca Dmytryk, president and CEO of Wildlife Emergency Services, said Monday afternoon that the animal was reportedly struck by a vehicle on Sycamore Valley Road near Brookside Drive.

Animal control has been notified, according to Dmytryk, who said the carcass will be sent to a state lab for further study.