SAN FRANCISCO -- A 13-year-old girl who was injured in a fire in San Francisco's Mission District last week died of her injuries Wednesday, a spokeswoman for San Francisco General Hospital said.

The girl was the daughter of San Francisco resident Mohamed Shaibi, who on Saturday died as a result of injuries also suffered during the early morning blaze on March 11 in the family's apartment above Maurice's Corner liquor store at 3046 24th St.

The name of the deceased girl has not yet been released by the San Francisco medical examiner's office.

San Francisco Fire Department spokeswoman Mindy Talmadge said that emergency crews performed CPR on the girl and her father and that both regained their pulses before being transported to the hospital.

They also discussed other possibilities that could be implemented to help prevent fatal fires.

The blaze that killed the teenage girl and her father was reported at 4:29 a.m. and was extinguished at 5:01 a.m., fire officials said.

Hayes-White said today that the department's ambulances are only responding to major emergencies in less than 10 minutes 82 percent of the time.

Hayes-White said however, that once the four ambulances arrived at the scene, the fire victims were still being stabilized and were not ready to depart for hospitals right away.

According to fire officials, upon arrival at the blaze fire crews saw dark smoke billowing out of a bedroom above the front door and saw flames coming from the living room.

Firefighters rescued two brothers, a 6-year-old and a teenager, via a ladder up to the apartment window, Talmadge said.

Emergency responders performed CPR on three of the five family members injured in the blaze.

Following CPR, Shaibi and his daughter regained their pulses and the 6-year-old boy regained both his pulse and consciousness.

Talmadge said the other two victims, the mother and the teenage son, were taken to Saint Francis Memorial Hospital with serious smoke inhalation injuries.

Firefighters cut two padlocks to free the pair from the liquor store. The pair then immediately left the scene, according to fire officials.

The cause of the fire remains under investigation, fire officials said today.

Campos ended the hearing by urging the fire chief and the building inspection director to let him know if there are additional resources needed in their departments to ensure that they can adequately meet the safety demands of a growing, densely-populated city. 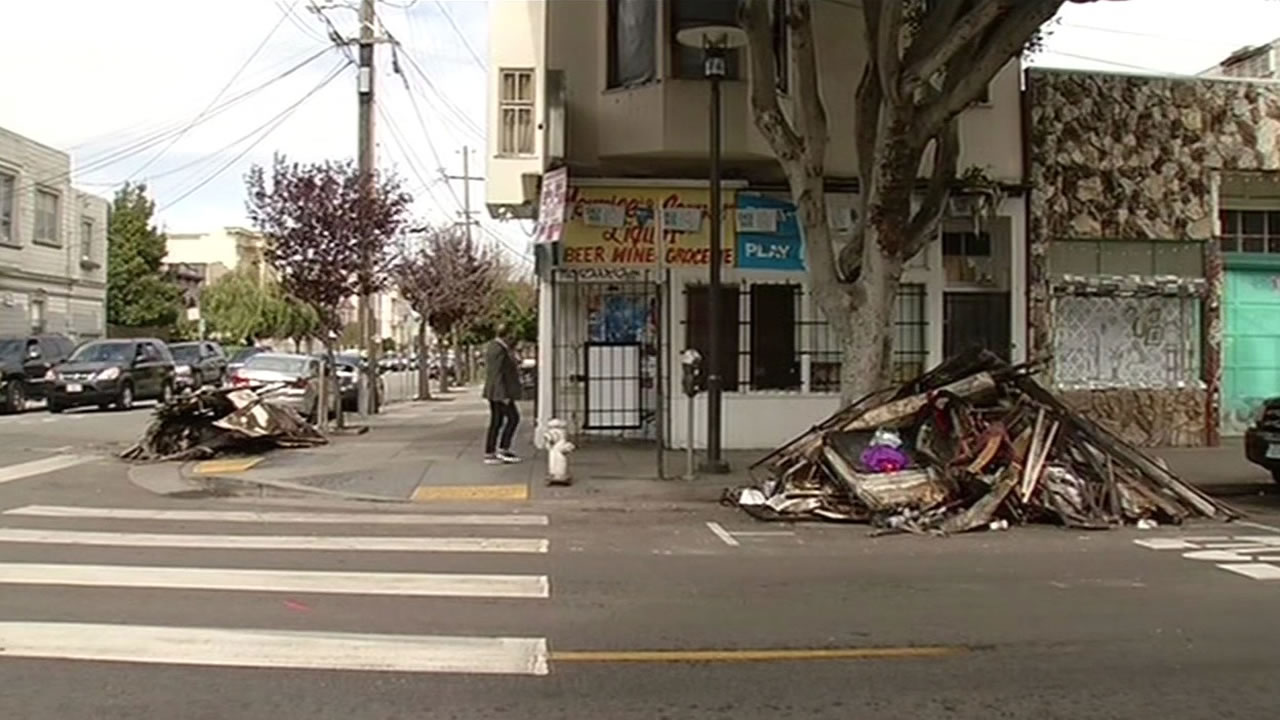