The amazing mothers of twins and triplets in Silicon Valley 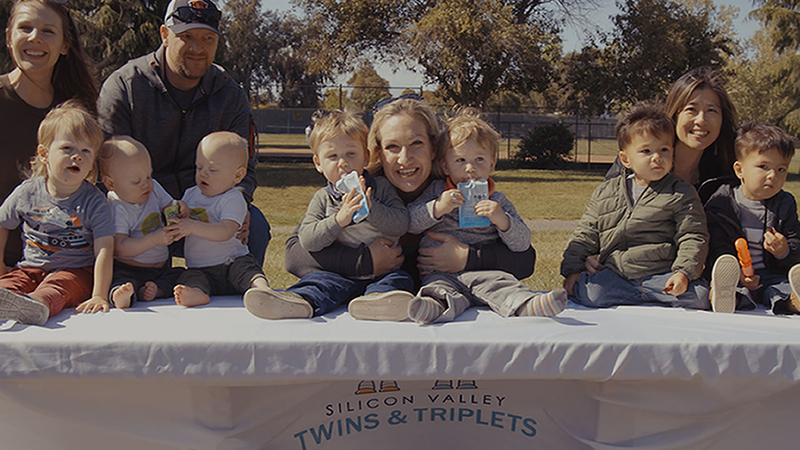 SAN FRANCISCO (KGO) -- Mothers of one can often have their hands full, but with two, three or more, things can get very busy.

That is why deep in Santa Clara County, there exists a little-known local club for parents of twins and triplets to share that journey together through playdates, a forum of advice and gatherings.

Over 200 families are actively involved, and they have formed a network of support for this unique group.

A "surf-swapping" wave is sweeping coastal U.S. cities. Here's a look at a group of Bay Area mothers who are prioritizing healthy relationships with themselves and others through the ocean.

The Silicon Valley Twins and Triplets club celebrated its 50th anniversary last year and they are growing bigger than ever before.

Emily Ryan is a working mother of four young boys, including a pair of 1-year-old twins, Nathan and Thomas.

She was first introduced to the club online through a Facebook post and had been a member of the club early on.

"We were definitely (initially) overwhelmed at the thought of having four. We were expecting three and four was a surprise," Ryan said.

"It's really helpful to meet parents of older twins just to see what's next around the corner. The group also has a new parent and expectant parent meeting that we attended a lot during our first year and anything from having people come stay with you to help with breastfeeding twins. It's a great resource with lots of moms with lots of knowledge that are willing to share," she said.

Formerly known as Gemini Crickets, Silicon Valley Twins & Triplets was established in 1971 by mothers who got together with their twins and created a casual playgroup.

Over time, the organization grew its number of members by word of mouth and through handwritten letters that were sent out by post.

Jennica Beal, co-president of SVTT, says the club has seen strong growth in the past few years.

Though she conceived her twins Baxter and Macoy naturally, as have many members of the club, Beal attributes IVF and later pregnancies as possible reason for the rise in multiples.

"The upswing in people participating in IVF also contributes in this area. I think a lot of people are waiting later in life to have children, just so they can be established and own a house and have these things going for them. It plays a factor because as you get older your body drops more eggs," Beal said.

RELATED: Utah mom of 7 on mission to climb 2nd highest mountain on 7 continents

Cindy Chin, treasurer of the club and mother to 3-year-old twins Joseph and James, says turnout for big holiday gatherings such as Easter and Christmas parties are always extremely well attended.

"It is great to see how many families there are and it is eye-opening when you get them all together," Chin said.

In celebrating Mother's Day this year, Christopher Ryan, husband to Emily expressed his admiration for his wife's amazing ability to organize.

"She's so resilient. You know there's so many challenges that have come our way especially with having four boys and being the only girl in the house she does such a good job of taking care of everybody," he said.