Only On 7: Pacifica girl nears goal of planting one million trees 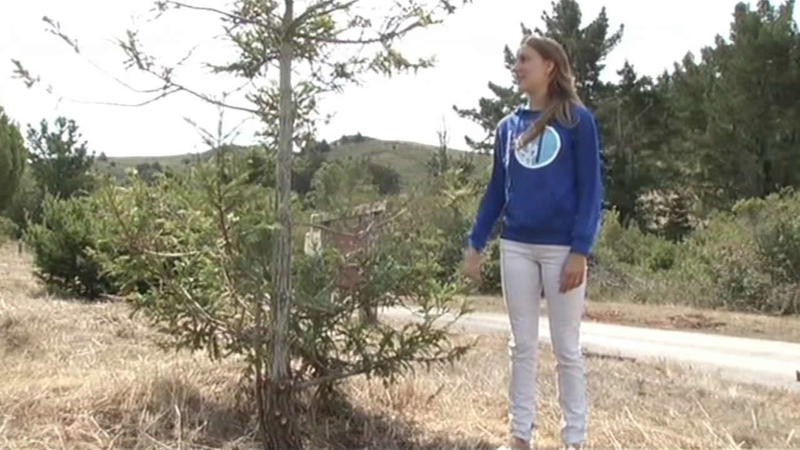 Only On 7: Girl nears goal of planting one million trees

WOODSIDE, Calif. (KGO) -- Shortly after watching the documentary "An Inconvenient Truth," a girl from Pacifica felt called to combat climate change. So she worked with her 4-H group to form the Million Tree Project. Six years later, her goal will come true at Huddart Park in Woodside.

Near the end, sometimes you realize how improbable, how nearly impossible the dream was at the start.

Six years ago, Laura Webber and her dad chatted across the kitchen counter about the climate change film, "An Inconvenient Truth."

"In the credits it gives a whole bunch of different ideas of ways you can help and one of them was plant a tree," Laura said.

That wasn't enough for Laura. She wanted to plant a million trees.

"It seemed like a reasonable idea, plant a million trees," said her father, Tom Webber.

So they began. With the help of her 4-H club, Laura formed the Million Tree Project.

On Tuesday, she returned to visit her first tree.

"It's amazing to see how much it's grown," she said.

Both the tree and the project.

"We thought that it was going to be possible to plant all the trees in the U.S. in about six months," said Tom. "We didn't realize that one million is a big number."

To reach Laura's goal, more than 140,000 kids from around the world got involved. Saplings now span 45 states and 15 countries.

It's taken six years to get to this point, but next week, Laura will plant the one millionth tree.

"To actually reach one million, to be honest, it hasn't totally set in," she said.

The project helped shape Laura's life. She was selected to carry the Olympic torch in honor of her community service.

And after college graduation, she hopes to work in Africa where deforestation is rampant.

"There's a big need for a big change," Laura said.