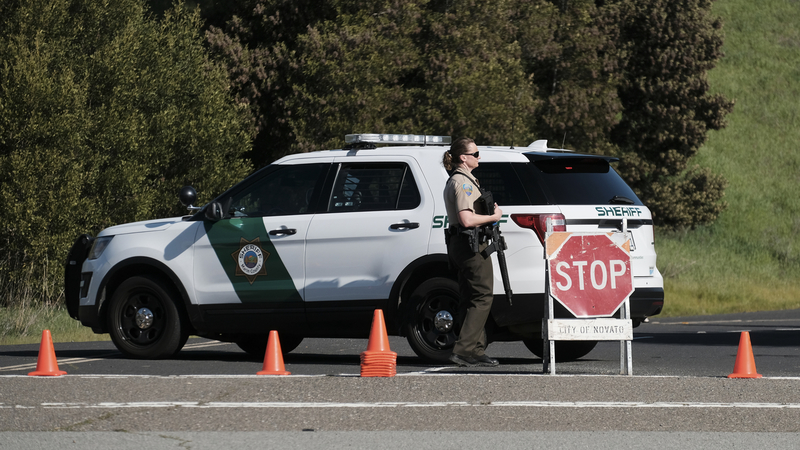 PETALUMA, Calif. (KGO) -- One day after a home invasion and manhunt that turned Novato into a shelter in place, lockdown zone, the Sonoma County Sheriff's Department now has seven suspects in custody with one woman still at large. They picked up the latest three at SFO while trying to leave town.

"There were only two flights to the east coast last night," said Sonoma County Sheriff's Sgt. Spencer Crum. "So we put SFPD on alert, developed names, pictures and an alert officer spotted them and took them into custody."

It was 3 a.m. Monday morning when the deputies say the suspects broke into three houses along Eugenia Drive in Petaluma and pistol whipped the residents while looking for Marijuana. Then, they headed south.

Yesterday's crimes bear a strong resemblance with another in Santa Rosa last month where one man died.

Now with the legalizing of marijuana, Sonoma County worries about becoming a target as part of a trend.

"We are concerned for neighbors who are not in the marijuana industry. All of a sudden they are being victimized," said Sgt. Crum.

The suspects in this and that previous case come from Virginia and North Carolina. The Sonoma County Sheriff's Department believes the two cases may be related, with plentiful and relatively inexpensive marijuana serving as the common element.

"They're going to get it, package it, and ship it back to the east coast is what we're thinking," said Crum.