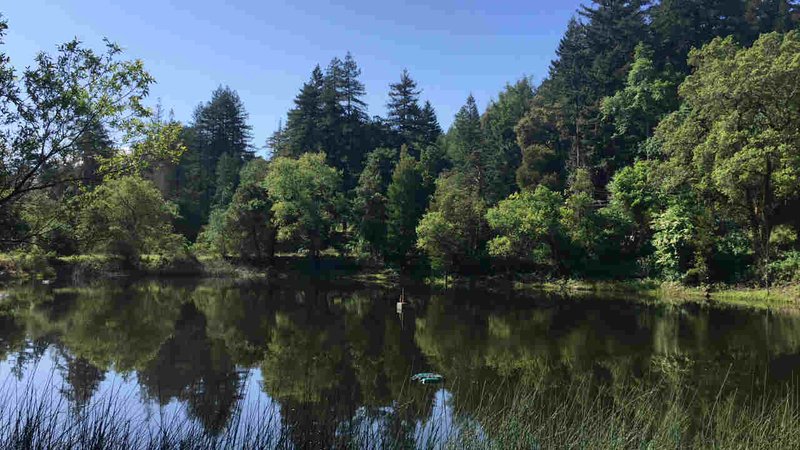 LOS GATOS, Calif. (KGO) -- We often think of Muir Woods when we think of redwood forests. But there's one in the South Bay that's over twice as large, and it's undergoing a transformation as it prepares to open to the public next year. The Bear Creek Redwood Preserve has been 20 years in the making.

The 1,432 acre site has a long history. It has been a logging operation, home to wealthy descendants of the gold rush, and even the site of a Jesuit theology school. It's being restored to its natural state so it can be enjoyed by hikers and equestrians.

A symbolic groundbreaking event Tuesday kicked off what will be a multi-phase project by the Midpeninsula Regional Open Space District, which acquired the land in 1999 for $25 million. However, there was never money to do the restoration until passage of a bond measure four years ago. It's already home to bats, turtles, dragonflies and song birds.

A top priority will be removing non-native and invasive plants due to the preserve's proximity to Lexington Reservoir, a major storage facility for the South Bay's drinking water. Creeks in the preserve feed into the reservoir.

A groundbreaking kicks off first phase of plans for Bear Creek Redwoods preserve near Los Gatos by @mrosd. Site has long history. Now at 4:55 (not 5pm) & 6:34pm. https://t.co/n1gmbuUTru #abc7now pic.twitter.com/h0Yjqus7zU

Remnants of five structures reflect the past when Dr. Harry Tevis built a huge mansion on the property after the 1906 earthquake. It later became Alma College.

Patience pays off. The dragonfly friend I made today covering the Bear Creek Redwoods preserve near Los Gatos. So much history. Story coming up at 5 & 6. https://t.co/n1gmbuUTru #abc7now Thanks @mrosd for preview. pic.twitter.com/oRbcmvxsCc

"We are keeping the chapel, which was constructed in 1909 as Tevis's library and then converted to a chapel by the Jesuits, so we'll keep that and mothball it, and then we'll also keep the older of the two libraries," said Lisa Bankosh, preserve plan project manager.

The land is also a habitat for mountain lions.