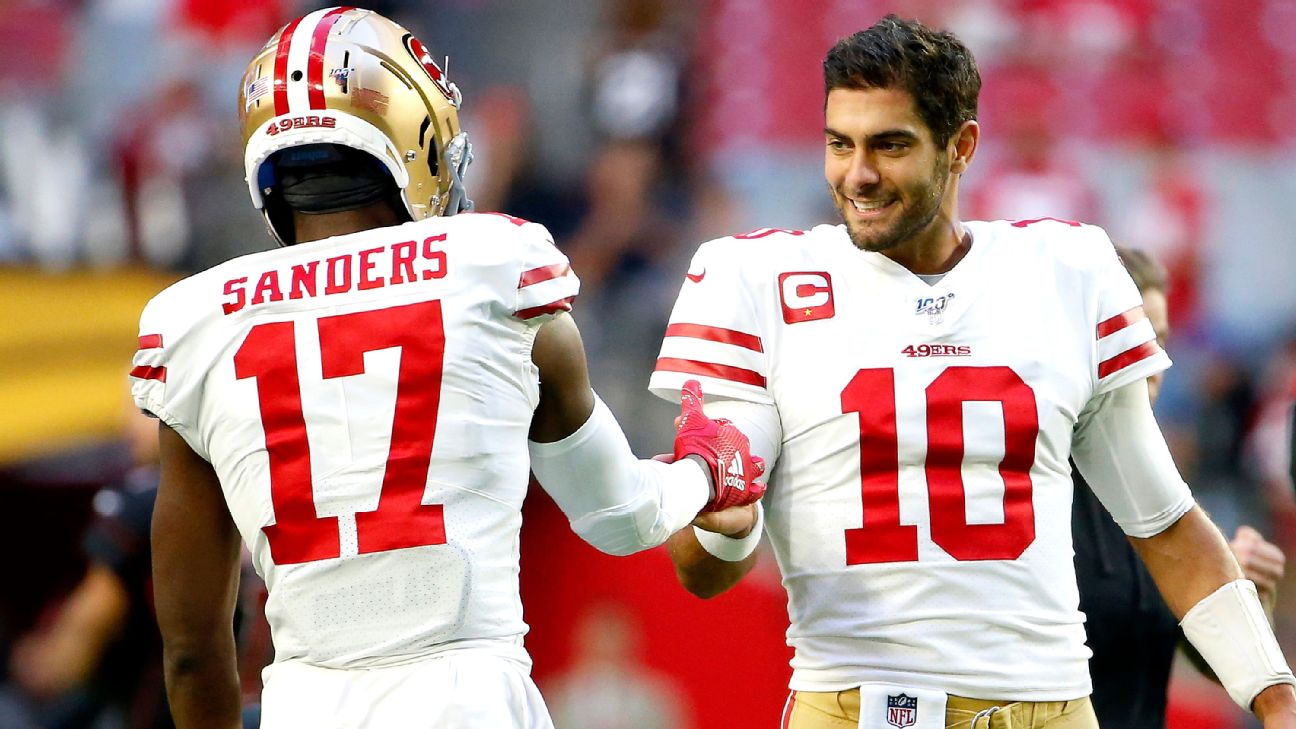 ESPN
By Nick Wagoner
NEW ORLEANS -- Earlier this week, San Francisco 49ers wideout Emmanuel Sanders stood in front of his fellow receivers and emphasized the importance of locking in for Sunday's big game against the New Orleans Saints.

That has clearly been no problem for Sanders. With the Niners' defense struggling and facing a 13-point deficit early in the second quarter, Sanders got his team right back in it with a 75-yard touchdown catch.

On first-and-10 from San Francisco's 25, quarterback Jimmy Garoppolo dropped back and looked deep for Sanders, who had split both New Orleans safeties. Sanders adjusted to the ball and hauled it in as safety Marcus Williams fell down.

After rolling over, Sanders stood up, evaded two Saints defenders and reached the end zone for the touchdown.

The 75-yard score matches the longest of Sanders' career. He also caught a 75-yard touchdown from Peyton Manning on Oct. 18, 2015, when both played for the Denver Broncos, according to ESPN Stats & Information research.