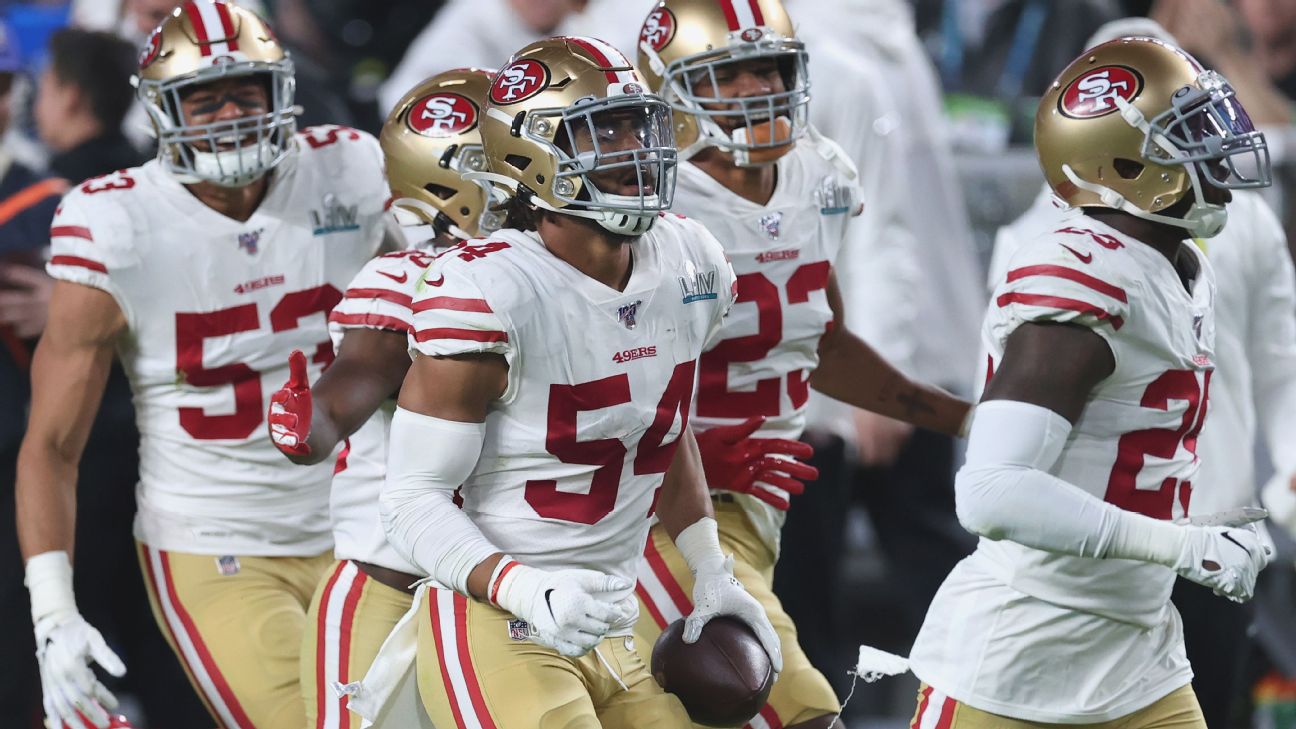 MIAMI GARDENS, Fla. -- The San Francisco 49ers defense missed an opportunity for a big takeaway when end Nick Bosa stripped the ball from Kansas City quarterback Patrick Mahomes, but Mahomes fell on it.

The Niners didn't miss the next time. On third-and-12 from Kansas City's 39, the Niners got some pressure on Mahomes as he rolled to the right and attempted to get it downfield to receiver Tyreek Hill.

But Niners linebacker Fred Warner was waiting as the throw arrived, picked it off and returned it 3 yards to San Francisco''s 45. According to NFL Next Gen Stats, it was Mahomes' third interception against zone coverage this season.

The 49ers capitalized on the takeaway as running back Raheem Mostert punched it in from 1 yard out to make it 20-10 with 2:35 left in the third quarter.

The Niners came up with an interception on the Chiefs' next drive, as Mahomes had driven his team deep into San Francisco territory. This time, it was safety Tarvarius Moore, who came up with a pick on a pass intended for Hill over the middle that was deflected into his hands.